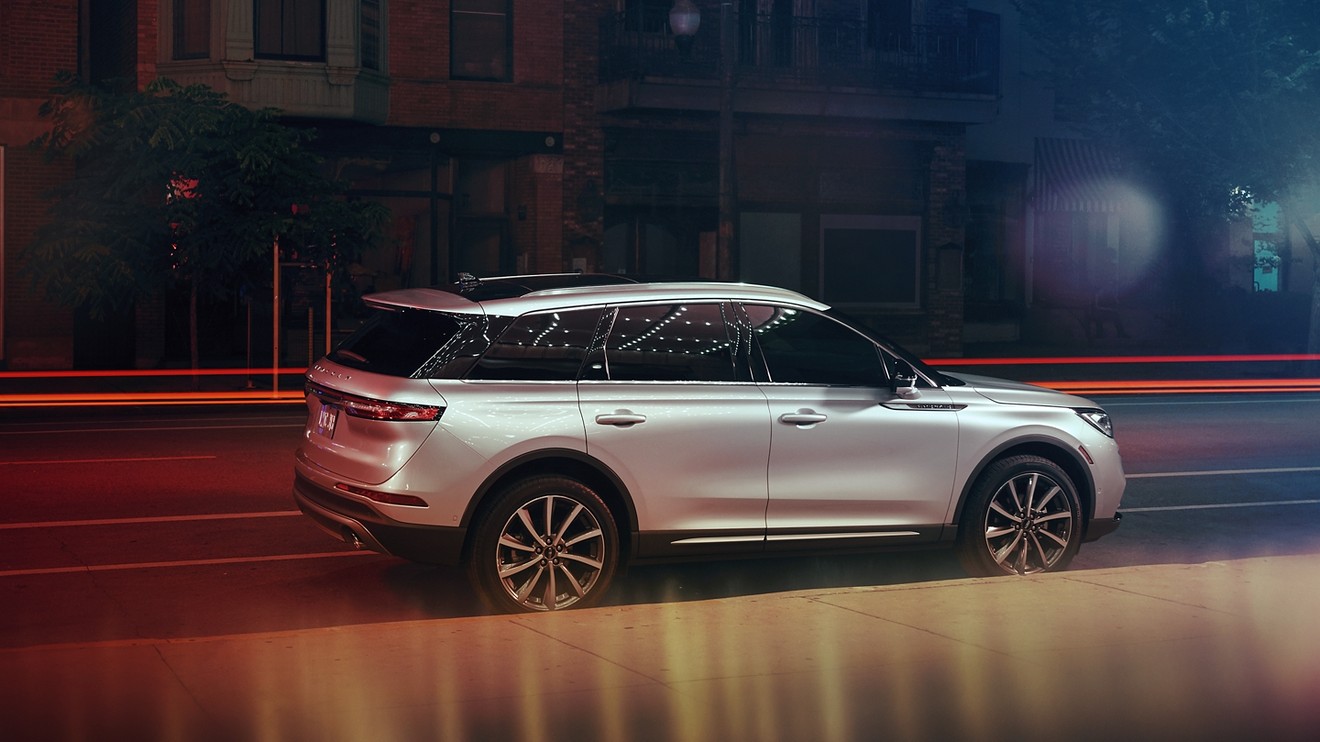 The long-struggling Lincoln brand is intent on making a comeback and has been rolling out an array of new products designed to earn back traditional buyers and win over newer, younger ones.

Its latest entry is the Corsair, named from the Latin word, “cursus,” which means journey. The 2020 Lincoln Corsair is a compact crossover replacing the old Lincoln MKC, targeting one of the luxury market’s fastest-growing segment, compact crossovers.

Here’s a look at some of the coolest technologies on the new crossover:

1. Head-up display. The reconfigurable system has a larger display than most and also is brighter. That’s good news for those who wear polarized sunglasses since you won’t have to take them off to see the HUD image.

2. Phone app key. It adds some trick features to the conventional Lincoln app, including the ability to not only remotely lock and unlock the crossover, but to operate its liftgate and even start and drive the vehicle without having the keyfob on your person. The system can detect you as far as 130 feet away and, the closer you come the more features it remotely triggers.

3. No annoying chimes. Rather than using unpleasant buzzes and beeps, Corsair issues warnings with a set of distinctive but pleasant tones recorded by the Detroit Symphony Orchestra.

CarPlay and Android Auto are supported, and the infotainment system can be upgraded with a 14-speaker Revel premium audio package. There’s also a choice of the basic Lincoln Co-Pilot 360 driver assistance package or the upgraded Co-Pilot 360 Plus.

Is a plug-in coming?

Corsair debuts with two engine options; both are carry-overs from the old Lincoln MKC. The base engine is a 2.0-liter turbo-four, which in front-wheel-drive configuration gets an EPA rating of 23 city, 29 highway and 25 combined (or 22 city, 29 highway, and 24 combined with all-wheel drive). The upgrade is a 2.3-liter turbocharged four-cylinder offered only in all-wheel-drive, and rated at 21/28/24.

And: The 15 best compact SUVs—and they’re priced right, too

Those aren’t the best fuel economy numbers, which is one of the reasons Lincoln is likely to introduce a PHEV soon. Lincoln hasn’t formally confirmed the plug-in hybrid but went out of its way to ensure we know it’s coming. While smaller than the PHEV powertrain found on the three-row Lincoln Aviator it will echo the emphasis on performance, though it also will also be the most fuel-efficient model in the Corsair mix.

Lincoln is struggling to maintain its momentum, let alone regain its position as a leader in the U.S. luxury car market. Considering the Corsair largely targets Gen-X and millennials, it needs to compete on the tech front.