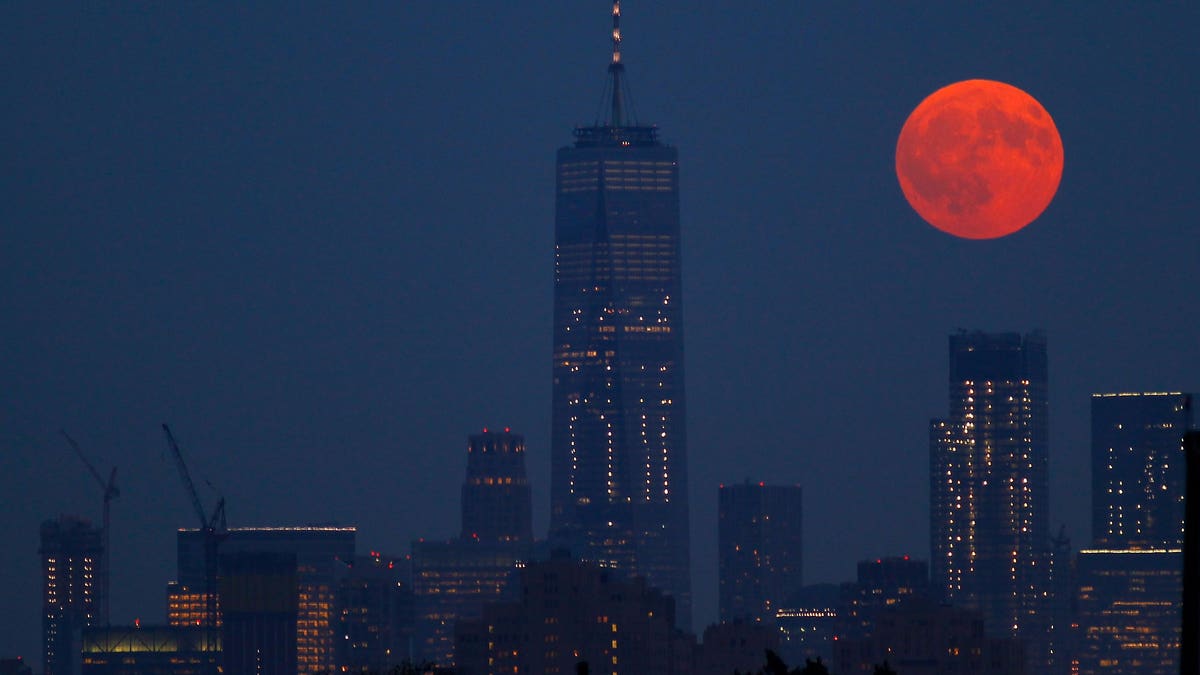 What To Watch For In The Night Sky This Week

Each Monday I pick out the northern hemisphere’s celestial highlights (mid-northern latitudes) for the week ahead, but be sure to check my main feed for more in-depth articles on stargazing, astronomy and eclipses.

This week stars with a slight meteor shower, but there’s no doubting the star attraction. Rising near-“full” on Tuesday night and setting near-“full” on Wednesday morning, the “Corn Moon”—the final full Moon of the seasons—will dominate the night sky all week. As it wanes, catch it shining beside Mars, the “red planet,” on Thursday.

Producing a mere six “shooting stars” per hour on average, the Aurigid meteor shower is nothing to get too excited about, but if you’re out stargazing you just might spot one.

Aurigids are created by dust and debris left in Earth’s orbital path by comet Kiess (C/1911 N1), a long-period comet discovered 75 years ago that orbits the Sun roughly once every 2,000 years.

There was a really big outburst in 2007 when Earth crossed through its densest stream of material, but the next “big one” isn’t predicted until 2077.

It’s named after the constellation of Auriga, which is the area of the sky where the “shooting stars” appear to originate from, but they can appear anywhere in the sky.

Traditionally the “Harvest Moon” is September’s Moon, though technically speaking that refers to the closest full Moon to the September (or fall/autumnal) equinox. That makes October’s full Moon the “Harvest Moon.” So what do we call this Moon? In the UK it tends to be called the “Fruit Moon,” with “Corn Moon” or “Barley Moon” offered as a replacement.

Whatever you decide (after all, the names of the Moon are largely fictional anyway), get yourself a view of a clear eastern horizon at dusk today to see the delicate orangey hues of a rising full Moon. For Europe and North America the Moon will rise almost “full” shortly after sunset tonight.

Once you’ve seen that majestic sight, ponder the fact that today an asteroid measuring 22 meters by 49 meters will sweep safely by Earth. Already labelled “potentially hazardous” and entered on the “close approaches” database of the Center for Near-Earth Object Studies (CNEOS),  asteroid 2011 ES4 has been known about—and its trajectory mapped—since 2011.

If you want another glorious sight of the “Corn Moon,” get yourself up early to watch it sink due west. Although most of us focus on the more convenient full moonrise—which always takes place in the east around dusk—the moonset, close to sunrise, is just as impressive.

As a bonus, tonight’s sunset and moonrise times are close enough for a third impressive view of the “Corn Moon” in a twilight sky.

Just past “full” and now 86%-lit, the waning gibbous Moon will make an apparent close approach to the “red planet.” Look east after dark to see the two in conjunction.

Note: Star charts here are for 40º North latitude. If you need exact information for where you are please consult an online planetarium like The Sky Live.