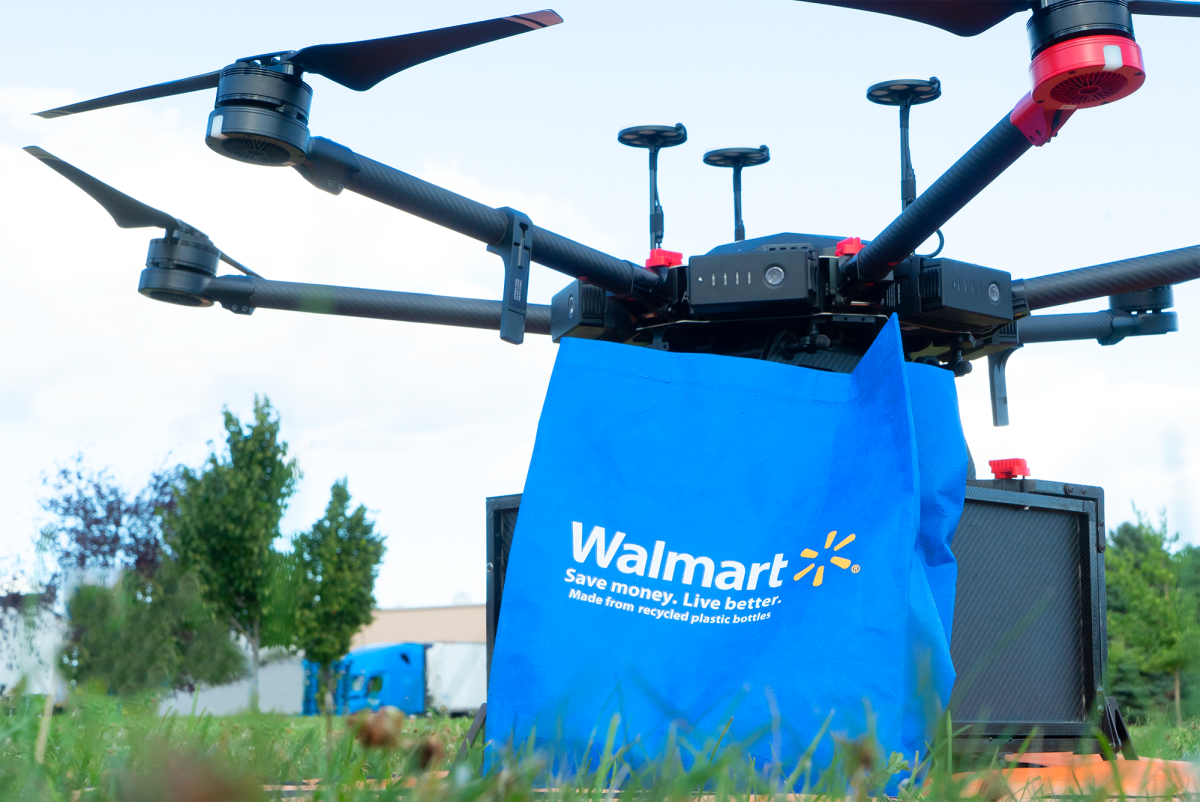 Walmart  (WMT) – Get Report is taking its battle with Amazon  (AMZN) – Get Report to the skies as the world’s largest retailer has started drone deliveries of grocery and household items from its stores in Fayetteville, North Carolina.

Tom Ward, Walmart senior vice president, customer product, said in a blogpost that the drones, which are controlled over the cloud, “will help us gain valuable insight into the customer and associate experience, from picking and packing to takeoff and delivery.”

“We know that it will be some time before we see millions of packages delivered via drone,” Ward said. “That still feels like a bit of science fiction, but we’re at a point where we’re learning more and more about the technology that is available and how we can use it to make our customers’ lives easier.”

The automated drones, which are made by Israeli startup Flytrex Aviation, can carry packages weighing up to 6.6 pounds and fly about 6.2 miles roundtrip, according to the company’s website.

The drones do not use cameras, the company said, adding that “this is the simplest solution to address any potential privacy concerns.”

Flytrex said it is part of the Federal Aviation Administration UAS Integration Pilot Program and has partnered with the North Carolina Department of Transportation to standardize backyard drone delivery.

The designation allows the Seattle company to begin its first commercial deliveries via drone in the U.S. under a trial program.

Both Walmart and Amazon have acquired new customers during the coronavirus pandemic as a growing number of consumers seek to shop online.