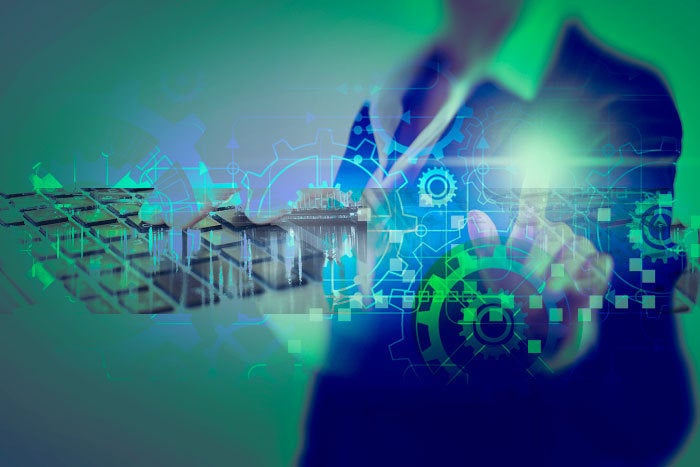 VMware certifications, virtualization skills get a boost from pandemic

CEO Yves Sandfort is bullish on certifications. His company, Comdivision Consulting, uses VMware’s NSX network virtualization and security platform on its own network and implements NSX for its clients. He not only encourages all employees to get VMware certs, but he also earned his own VCDX-NV, the Ph.D. of VMware certifications, in April.

“We see a constant demand [for networking skills]. Most of our people were certified on NSX-V and have in the last 12 months also recertified on NSX-T as we see constant, growing need for highly qualified resources,” Sandfort says. “For me, certification is one level to prove my skillset and experience with the product.”

The company pays for employees’ training and certification time. “In our group, the majority have at least two to four VCAPs. Even some back-office people have VCP-level certifications as they wanted to prove they can do it, which helps them in daily customer work, as well.”

The COVID-19 pandemic and its workplace disruptions have reinforced the importance of virtualization – including server, storage and network virtualization – to reduce IT expenses and increase IT agility. It has also revitalized the role of networking professionals with VMware experience and certifications.

VMware has responded with stepped-up remote testing and acknowledgement of the need for more role-based, administrator-type certifications rather than product-focused certs. But as demand appears to be outpacing the number of cert-holders, companies are now paying top dollar for VMware skills with or without certifications.

Even before the pandemic, virtualization was a key concern for companies of all sizes and ranked eighth as an area of IT interest worldwide, according to a report by Global Knowledge. VMware Certified Professional 6 for Data Center Virtualization was the ninth highest-paying certification in the U.S. at the end of 2019, according to the report.

As companies lean on the cloud more than ever to handle pandemic-related shifts in business, interest in network virtualization in particular is growing because of the promise of greater network configuration flexibility, security capabilities, and the ability to reconfigure networks without physical changes. Network virtualization rates are expected to grow from 30% adoption at the end of 2019 to 44% adoption by 2021, according to Spiceworks.

VMware’s senior certifications manager, Karl Childs, has seen “a big pickup” in certifications in VMware’s network virtualization track in the first half of 2020. The track certifies IT professionals’ ability to design, implement and manage a VMware NSX environment.

In the first half of 2020, companies were willing to pay 9% above base pay for non-certified expertise in vSphere server virtualization and VMware NSX, according to David Foote, chief analyst and chief research officer at IT certifications tracking firm Foote Partners.

“The pandemic is juicing up their value,” Foote says. “Those two skills in just three months (April to July) were both showing growth of almost 13%. “It might just be the professional services firms who provide networking for organizations” that are creating demand and pushing salaries higher, he adds.

That’s good news considering that IT certifications overall have been losing their value over the last two years, and the gap is the widest it’s ever been, Foote says. IT professionals holding VMware certifications receive an average pay bump of 5.9% above their base pay, less than the 7% average for all IT certifications. “It’s not necessarily lack of demand that explains why a cert declines in value,” Foote says. “Sometimes it’s because supply is rising faster than demand, which is good thing.”

Vendor partnerships may also affect the number and value of VMware certifications, Foote adds. For instance, VMware and Amazon Web Services jointly launched VMware Cloud on AWS. “It could very well be that people who were thinking of getting a VMware certification would rather get an AWS certification, which has VMware in it, so people may have moved over to AWS,” Foote says.

Virtualization engineer Kevin Raab earned his DCV certification in October 2015, which helped him negotiate an extra $15,000 at his next job for an IT managed services provider. “I probably would’ve got the job anyway [without the certification], but my pay would’ve suffered, and I think the trust my employer had in me would’ve also changed,” Raab says. “Coming in with the DCV certification, they literally handed me the keys to the data center. They knew that I was already experienced to the point where I could handle anything.” He has updated those certification skills twice since 2015.

Work-from-home mandates have given IT professionals the time and impetus to advance their skills, according to a survey by The Adecco Group, which shows a boom in upskilling as an unintended consequence of the COVID-19 lockdown. Six in 10 professionals say they’ve improved their tech knowhow, including certifications, since working from home, and 69% are eager to further digital upskilling post-pandemic, according to a survey of 8,000 IT workers worldwide.

VMware has responded by instituting remote testing for its certifications to reflect the changing work environment, the added responsibilities of network professionals, and the work-from-home requirements brought on by the pandemic. When taking a certification exam, the application locks down the laptop’s browser so test-takers can’t search for answers, Childs says. Human proctors watch through the user’s camera, monitoring any eye movement away from the screen that may indicate looking elsewhere for answers. AI tools that can replace human proctors to monitor those same behaviors are already being used by a few companies and will continue to grow, Childs adds.

The upskilling trend is promising news for hiring managers.

“I’ve noticed there are a lot more folks trying to upskill right now and get certifications,” says Joe Faletra, director of the infrastructure services practice at tech recruiting firm Modis. As a hiring manager, “it makes my decisions a lot easier if I’ve got somebody that’s got experience and they went ahead and got their VCP. That’s a goldmine for me.”

“If I’m looking for a senior engineer, I’m looking for both” experience and certification, Faletra says. “Certifications are important because that tells me they know the information, and they can likely share it with junior members of the team or with server administrators,” he says.

Has the pandemic made certifications more valuable than job experience? “I say it’s equally as valuable as it’s always been,” Faletra says. “But people are using the pandemic as an opportunity to increase that knowledge level and get those certifications so they can prepare for whatever’s next.”

Join the Network World communities on Facebook and LinkedIn to comment on topics that are top of mind.