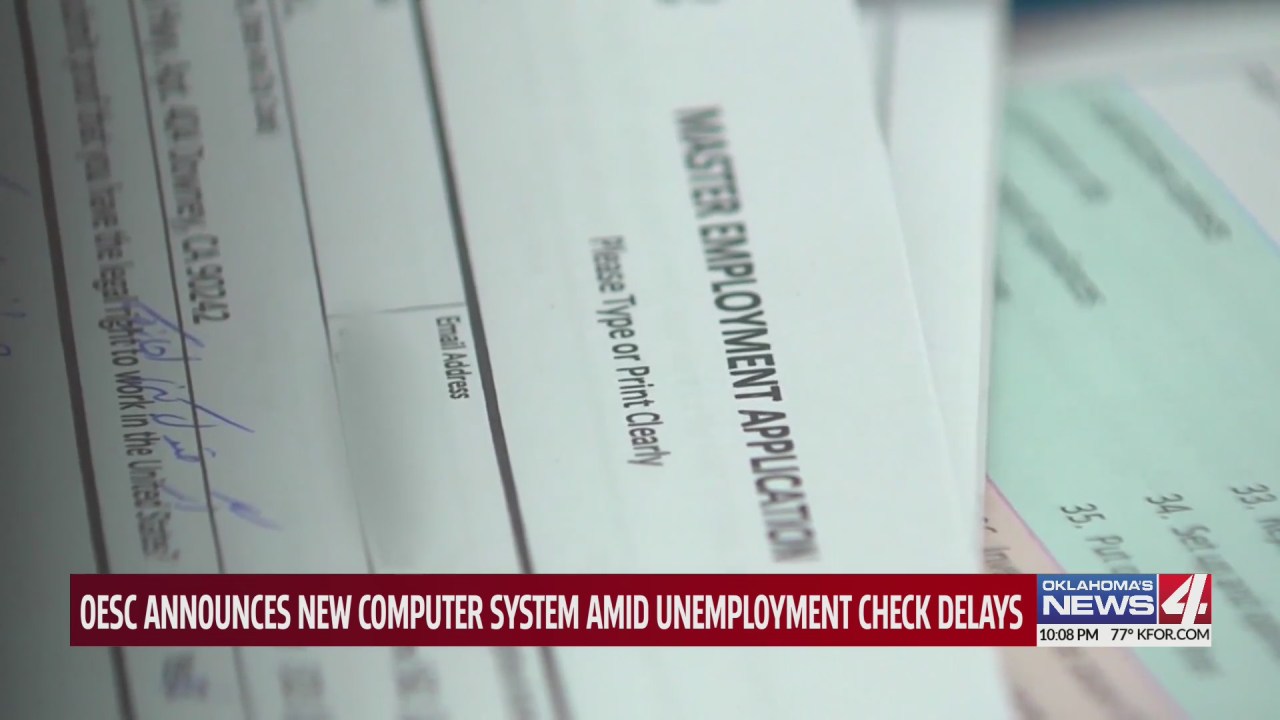 OKLAHOMA CITY (KFOR) – Although unemployment claims continue to decline, OESC troubles persist for some Oklahomans, but officials with the office say help is on the way.

The Oklahoma Employment Security could soon have a new computer system to process unemployment claims.

The agency’s years old technology is blamed for many of the problems experienced during the pandemic, but Interim Director Shelley Zumwalt says she is working on a new plan.

“If we weren’t doing that, I think it would be irresponsible,” said Zumwalt.

“I’m just nervous. I don’t know what’s going to happen,” said Michael Anderson, who is still waiting on his benefits.

Anderson has been out of work since the middle of May.

He says he’s been going around and around with the OESC ever since.

“I stood in line for 7 hours to get a ticket to come back on Friday. I figured it’d be taken care of. Well, it wasn’t and here I am. I’m still struggling,” he said.

Anderson’s problems are amid another hang up at the agency.

Zumwalt told KFOR that on Monday, planned direct deposits to claimants were delayed.

She says it’s unclear why exactly the delay happened, but that it was allegedly at the hands of Conduent, the company that manages the deposits.

“It’s their fault…It’s super frustrating.  It definitely gives me pause on that relationship,” said Zumwalt.

News 4 reached out to Conduent, asking why the deposits were delayed.

The company responded, not answering any questions but instead saying, “Conduent and OESC exchange data daily in support of the debit card and direct deposit program.  While deposits are normally available in the early morning hours of their availability, this morning’s deposits were available slightly later in the morning. Deposits were made available between 9:30am and 11:30am CDT.  While deposits posted slightly later than typical, they were still processed and made available on the scheduled date of their availability today, Aug. 24.”

Zumwalt says she hopes to announce the new technology and a timeline later this month.

“We need to look at that technology, pull it apart, put it back together and look at it through the pandemic lens.”

“I know they’re struggling to get things going right but come on…It’s a big failure on the state of Oklahoma,” said Anderson.