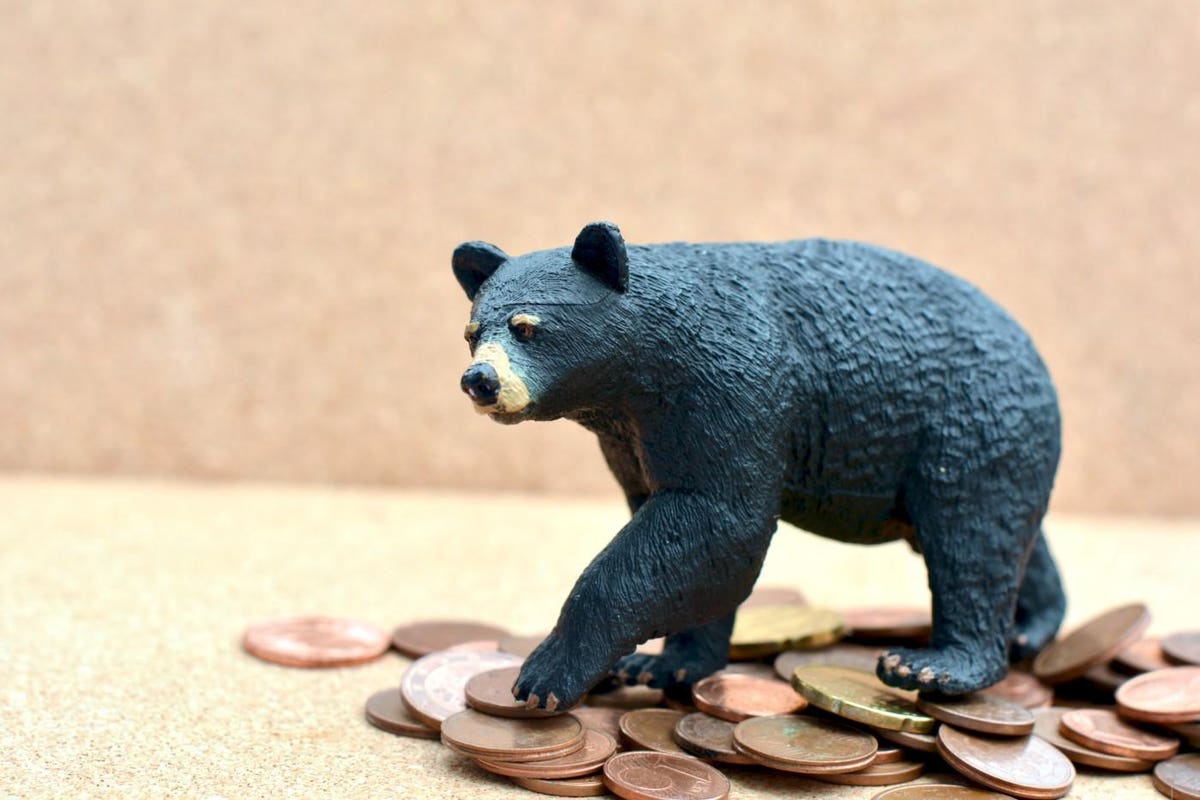 They say everything happens for a reason, so it’s not too surprising that Thursday’s market wipeout occurred one day before the jobs report and as investors looked ahead to a three-day holiday weekend.

The markets were due for a selloff—let’s be honest. As we noted earlier this week, It seems like a natural time to expect profit-taking even in a normal market, but that’s even more the case here with the S&P 500 Index (SPX) starting Thursday at an all-time peak and about 15% above its 200-day moving average. From a technical standpoint, that’s historically high and might have had people feeling a bit queasy about taking on fresh long positions before key news and an extended break.

Most of the selling frenzy seemed to target the Tech stalwarts of the past few weeks, like Apple
(AAPL), Microsoft (MSFT
), Salesforce
(CRM), Tesla
(TSLA), Nvidia
(NVDA), and the other chip makers. Seeing Tech lead the downward move basically across the board supports the idea that maybe investors decided just to take some money off the table after these huge advances. As a reminder, even after the big selloff, AAPL shares are still up over 65% year-to-date. Not a bad run.

Tech, which fell more than 5% as a sector on Thursday, has been a crowded trade as investors flocked to big names hoping to get in on the sharp rally. That suggested to some that any unraveling could also be quick. The market tends to like equilibrium, and it had definitely gotten out ahead of its skis, to some extent. From that angle, today’s big drop might even be seen as healthy.

Unfortunately, as we’ve seen before, the market tends to go up via the stairs and down via the window. There’s been a lot of stair climbing lately, and today someone left the window open, resulting in a Nasdaq
(COMP) loss of nearly 5%. Fundamentally, you can’t really point to any one thing that explains how the Tech rally quickly came apart, though maybe some negative comments from Washington that temporarily dashed hopes for a new fiscal stimulus contributed.

Anyone looking for possible technical support for the SPX might want to think about the old all-time high of 3393 reached back in February and surpassed last month. For the Nasdaq 100 (NDX), which contains the FAANGs and many of the semiconductor stocks that got stomped on Thursday, the 25-day moving average of 11,477 seems like a potential support point (see chart below).

At the same time that Tech took it on the chin Thursday, pockets of strength showed up in cyclical sectors that tend to do better in a strong economy, including Financials, cruise lines, airlines, broadcast, Consumer Staples, and Energy stocks.

This shakeup, if that’s what it is, actually could be a healthy development if it means the weak long positions are being shaken out of Tech and new money is going into sectors that reflect broader economic foundations. The idea behind the Tech rally was supposedly that those stocks had some armor protecting them from the pandemic and its impact, but Tech’s surge has sucked most of the oxygen out of the cyclical and value sectors all summer.

Banks, in particular, had been left out of the rally, so the surprise of the day was seeing some early resilience in the Financial sector despite all the selling elsewhere. As research firm Briefing.com pointed out, the sector might have gotten a boost from an analyst upgrade of JP Morgan (JPM) and Bank of America
(BAC). By the end of the day, however, Financials had fallen solidly into the red with everyone else, but both JPM and BAC held in pretty well, falling less than 1%.

In a real twist, Energy was the “leading” sector of the day in the SPX, even though it fell about 0.7%. That seems especially ironic when you consider crude got creamed early on and dived to a one-month low before clawing back some of the sharpest losses.

A little of the weakness in stocks today might be filtering over from the energy market, where U.S. demand has been softer than expected lately, according to industry analysts. Crude and gasoline demand can sometimes be good barometers for overall economic performance.

Getting back to the Tech selloff, this might be a good time to remember that this kind of day happens every now and then in Tech, but often it’s been a “one and done” type of thing, at least in recent years. We had a similar shiver back on June 11 when the COMP fell 5% in one day (also a Thursday, oddly enough), and then hung out in flat to lower territory for the following two weeks. A month later, the COMP was up more than 9% from that day’s low close.

Past isn’t precedent, and a day like this never feels good if you’re long the market. That said, if you’re a long-term investor, setbacks like today—or even like the bear market in March—shouldn’t necessarily make you rethink your strategy.

That’s something to consider if you find yourself in a place where your portfolio doesn’t reflect your long-term plans. Hopefully you’ve been focused on allocations and sector diversification over the last few months as the market rallied and didn’t allow the market to carry you somewhere you didn’t necessarily want to go.

Anyone thinking about selling one of the big mega-caps should consider asking themselves, is the big picture that different now from where it was say, a week and a half ago when these stocks were last at the levels they closed at Thursday? Fundamentally there hasn’t been much change, so if you liked the stocks you were in then and saw reasons to be in them, it’s unlikely your thesis changed due to one day’s shellacking.

Another thing to remember is that because the major indices are nearly all at record levels, a big nominal move isn’t the same kind of percentage shift you might be used to if you go back a few decades, like some of us. The Dow Jones Industrial Average’s ($DJI) nearly 1,000-point slide by late Thursday only represented about a 3% loss.

Keeping it in Perspective

If you remember back to the turn of the 20th century, when the $DJI traded near 10,000, that same point move would have been a 10% loss. In October 1987, a point loss only about half as big as today’s in the $DJI represented a 22% decline and lived on in history as “Black Monday.” So don’t let the big point drops scare you. Times have changed.

We’ve all gotten used to placid markets the last few months, but remember that earlier this year saw the most days of 3% to 5% moves in the market since the Great Depression. Does Thursday’s selling and the spike in volatility mean we’re headed for more of that kind of turbulence going into the election?

Time will tell, but volatility suggests we’re unlikely to return to the smooth ride we had a few weeks ago. The Cboe Volatility Index (VIX) was historically high even at levels where it was earlier this week near 26, and now it’s back above 35. The futures curve for VIX has it above 30 into November. A higher VIX suggests choppier markets.

As we noted earlier this week, it was odd to see VIX rising even as stocks climbed. Once again, VIX proved to be a valuable indicator, and if you missed it this time, remember it in the future. A higher VIX doesn’t always mean stocks have to fall. In fact, it can signal sharp upside moves, too.

Still, VIX has been well above its historic average near 20 even as the market kept climbing, and that had some people feeling nervous. With stocks moving basically only one way, the higher VIX seemed to suggest a day of reckoning either for VIX or for stocks. Maybe today was it.