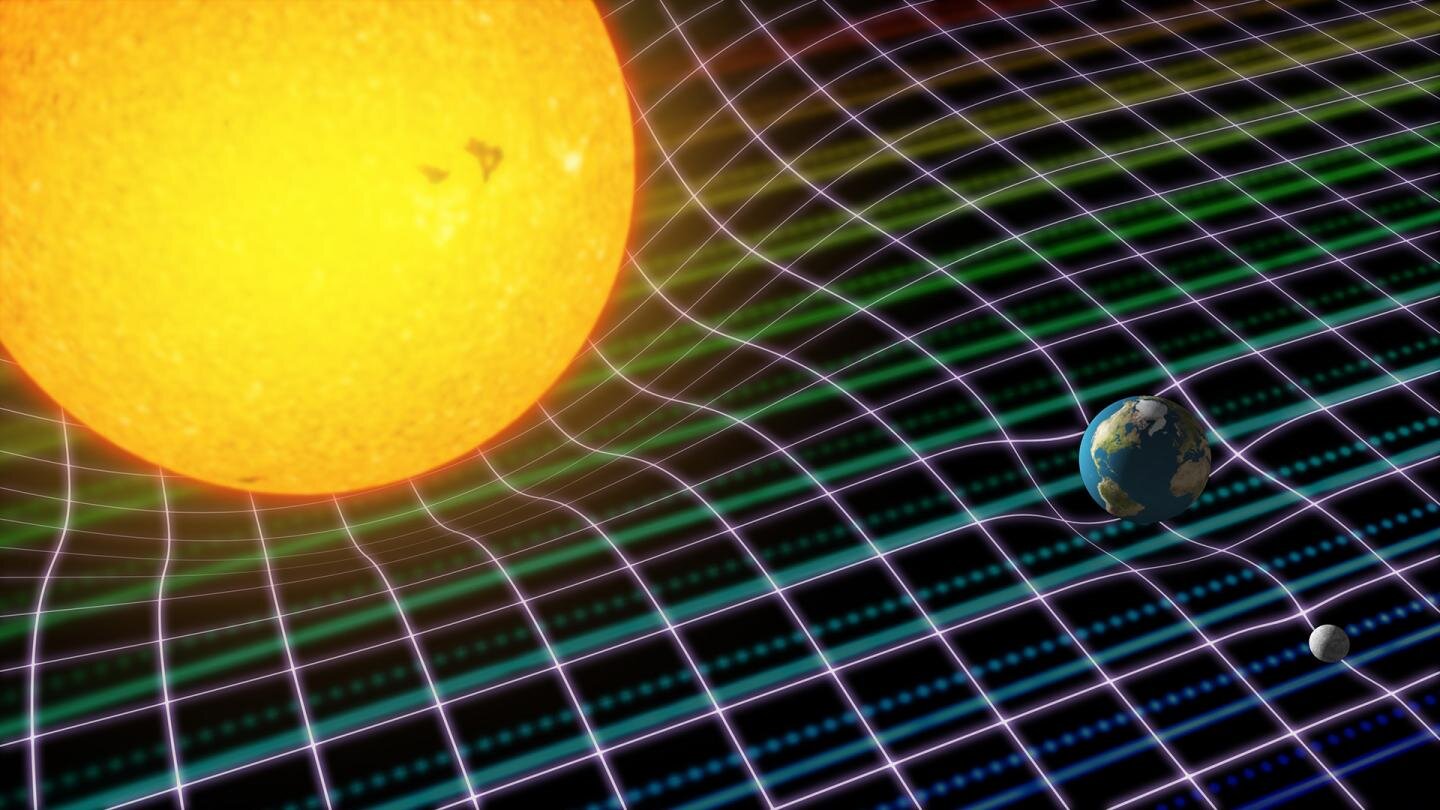 An international team of researchers led by the Instituto de Astrofísica de Canarias (IAC) has measured, with unprecedented accuracy, the gravitational redshift of the Sun, a change in frequency of the lines in the solar spectrum which is produced when the light escapes from the gravitational field of the Sun on its way to Earth. This work, which verifies one of the predictions of Einstein’s General Relativity, is to be published in the journal Astronomy & Astrophysics.

The General Theory of Relativity, published by Albert Einstein between 1911 and 1916, introduced a new concept

The first image of a black hole, captured in 2019, has revealed more support for Albert Einstein’s theory of general relativity. The new finding has suggested his theory is now 500 times harder to beat.

© L. Medeiros/C. Chan/D. Psaltis/F. Özel; UArizona/IAS
This is a simulation of M87’s black hole showing the motion of plasma as it swirls around the black hole. The bright thin ring that can be seen in blue is the edge of what researchers call the black hole shadow.


Einstein’s theory, or the idea that gravity is matter warping space-time, has persisted for a hundred years as new astronomical discoveries have been made.

Researchers from the Event Horizon Telescope collaboration, the team that imaged the central black hole of the M87 galaxy last year, analyzed the black hole’s “shadow.” 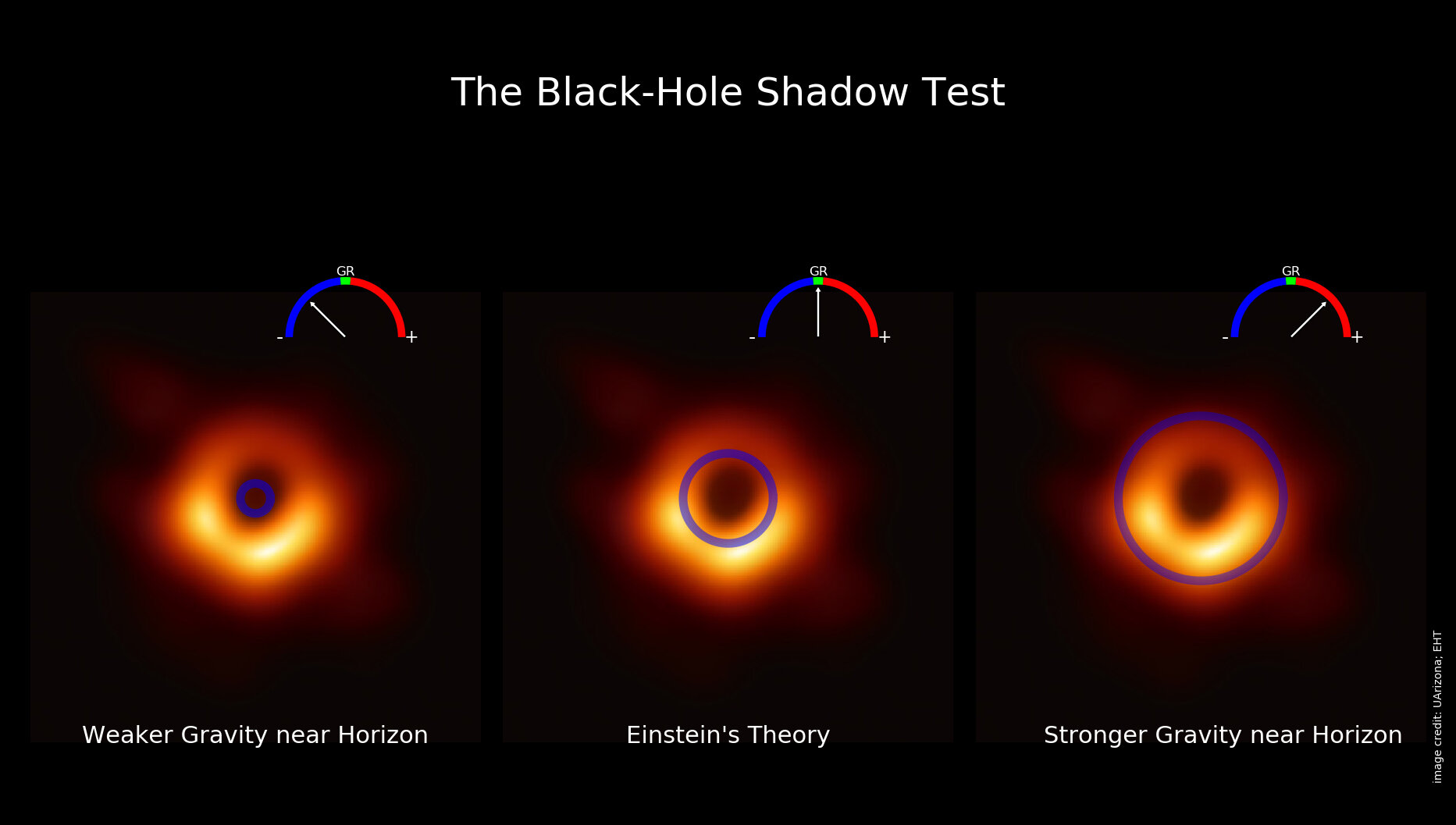 Einstein’s description of gravity just got much harder to beat

Einstein’s theory of general relativity—the idea that gravity is matter warping spacetime—has withstood over 100 years of scrutiny and testing, including the newest test from the Event Horizon Telescope collaboration, published today in the latest issue of Physical Review Letters.

According to the findings, Einstein’s theory just got 500 times harder to beat.

Despite its successes, Einstein’s robust theory remains mathematically irreconcilable with quantum mechanics, the scientific understanding of the subatomic world. Testing general relativity is important because the ultimate theory of the universe must encompass both gravity and quantum mechanics.

“We expect a complete theory of gravity to be different from general relativity, but there are many ways one can modify it. We found that whatever the correct