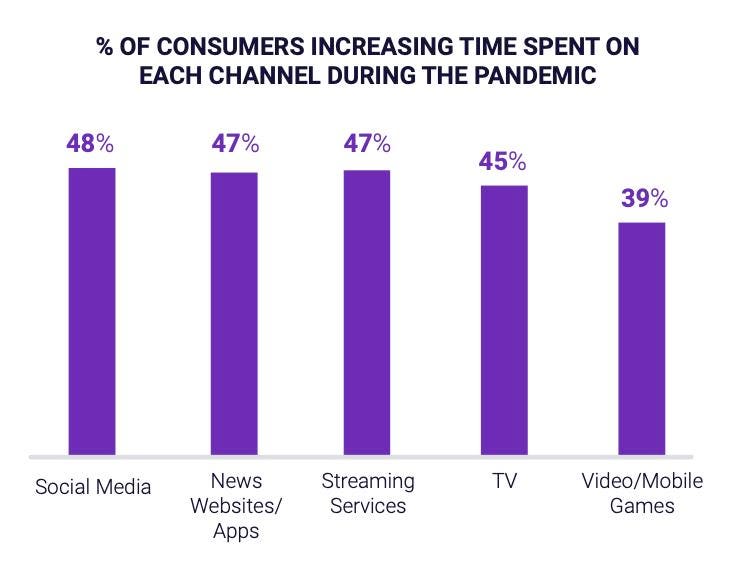 I happened to see my wife’s screen time analytics on her phone recently. She’s spending an average of almost seven hours a day on her phone.

And she’s not alone.

Global online content consumption is soaring in 2020, a new study of over 10,000 people in five countries says. The previous normal was just over three hours, but now my wife is — at least in this respect — completely and totally average. Average daily time spent consuming content is now six hours and 59 minutes, which includes phone, TV, and other forms of digital media.

The obvious question: if that’s average, how much screen time are the outliers getting?

Clearly, eight, nine, even ten hours a day. In fact, as a different study I covered a month ago