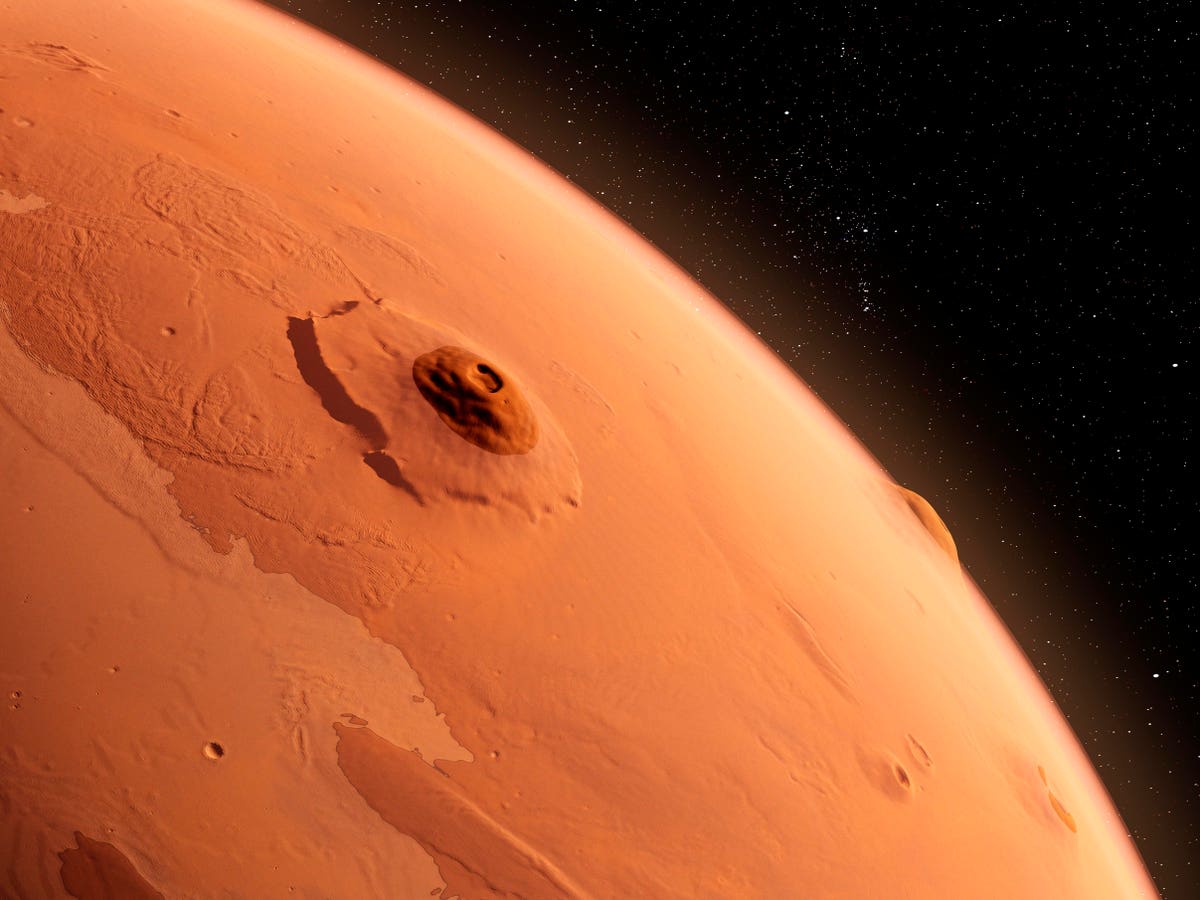 As Mars Makes Closest Approach To Earth In 15 Years, You Can Spot The Solar System’s Largest Volcano

This evening the planet Mars will be 38.6 million miles (or 62.1 million kilometers) away from Earth, the two planets closest approach in 15 years. The closest possible encounter between Mars and Earth happens when Earth is furthest away from the Sun and Mars is closest to the Sun. Earth’s previous closest approach with Mars was recorded in 2003 when Mars was 34.6 million miles (55.7 million km) away. The next time Earth and Mars will be that close is in September 2035.

Mars rises shortly after sunset and is recognizable as a bright, big red dot in the night sky. Thanks to a good telescope, it is even possible to spot Mons Olympus on the Martian surface, the tallest volcano in our solar system. It isn’t easy to see the mountain itself, but you can sometimes see white clouds of carbon-dioxide wrapped around

Parker Solar Probe Makes Closest Ever Approach to the Sun

NASA’s Parker Solar Probe is set to break a record tomorrow, becoming the closest-ever human-made object to the sun. The probe will break its own previous record, coming within 8.4 million miles of the sun’s surface and traveling at 289,927 miles per hour.

This will be the probe’s sixth flyby of the sun since it was launched in 2018. As it orbits around the sun, it gets gradually closer and closer with each pass, and over the summer it got an extra boost by using the gravity of Venus to adjust its trajectory. In July this year, the probe came within just 518 miles of the surface of Venus, and the gravitational assist from this maneuver allowed the probe to get 3.25 million miles closer to the sun than its last pass in June.

This flyby will also be the first time that the probe will pass within 0.1 AU