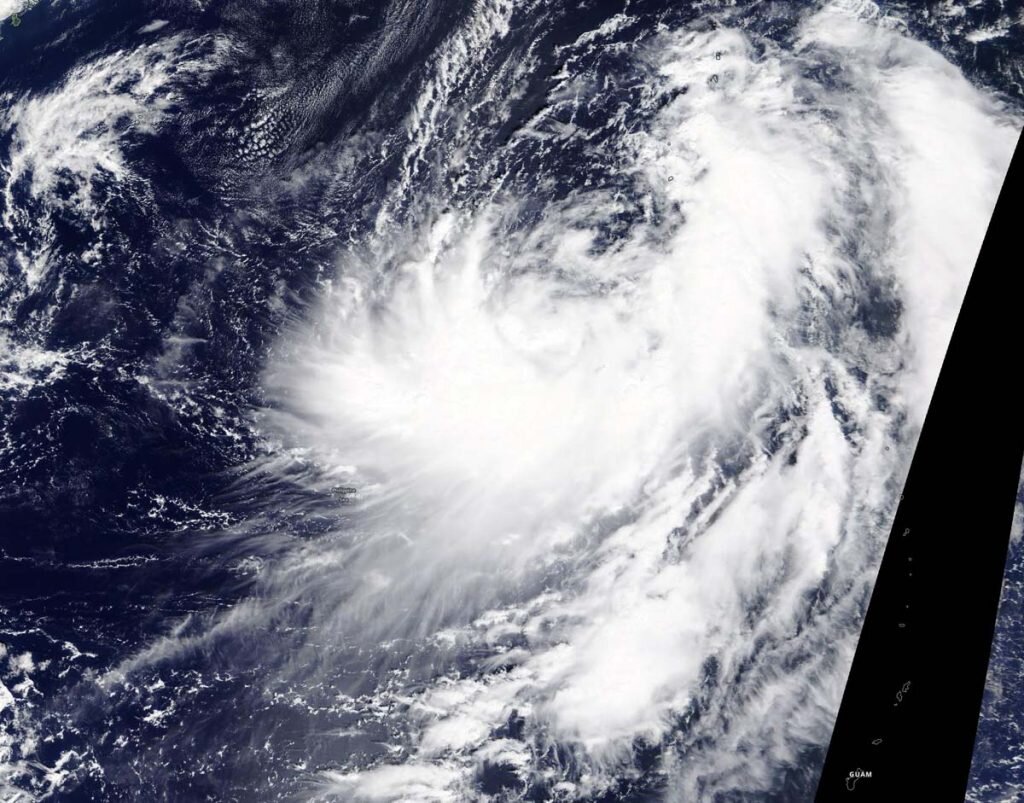 NASA’s Terra satellite obtained visible imagery of Tropical Storm Chan-hom as it continued moving though the Northwestern Pacific Ocean. The imagery revealed that the center of circulation was exposed and its strongest storms were south of the center.

Tropical Depression 16W formed on Oct. 4 and strengthened into a tropical storm on Oct 5. Once it reached tropical storm strength, it was re-named Chan-hom. Laos submitted the name Chan-hom to the World Meteorological Organization list. The name is a type of tree in Laos.

The Moderate Resolution Imaging Spectroradiometer or MODIS instrument that flies aboard NASA’s Terra satellite captured a visible image of Tropical Storm Chan-hom on Oct. 5 that showed