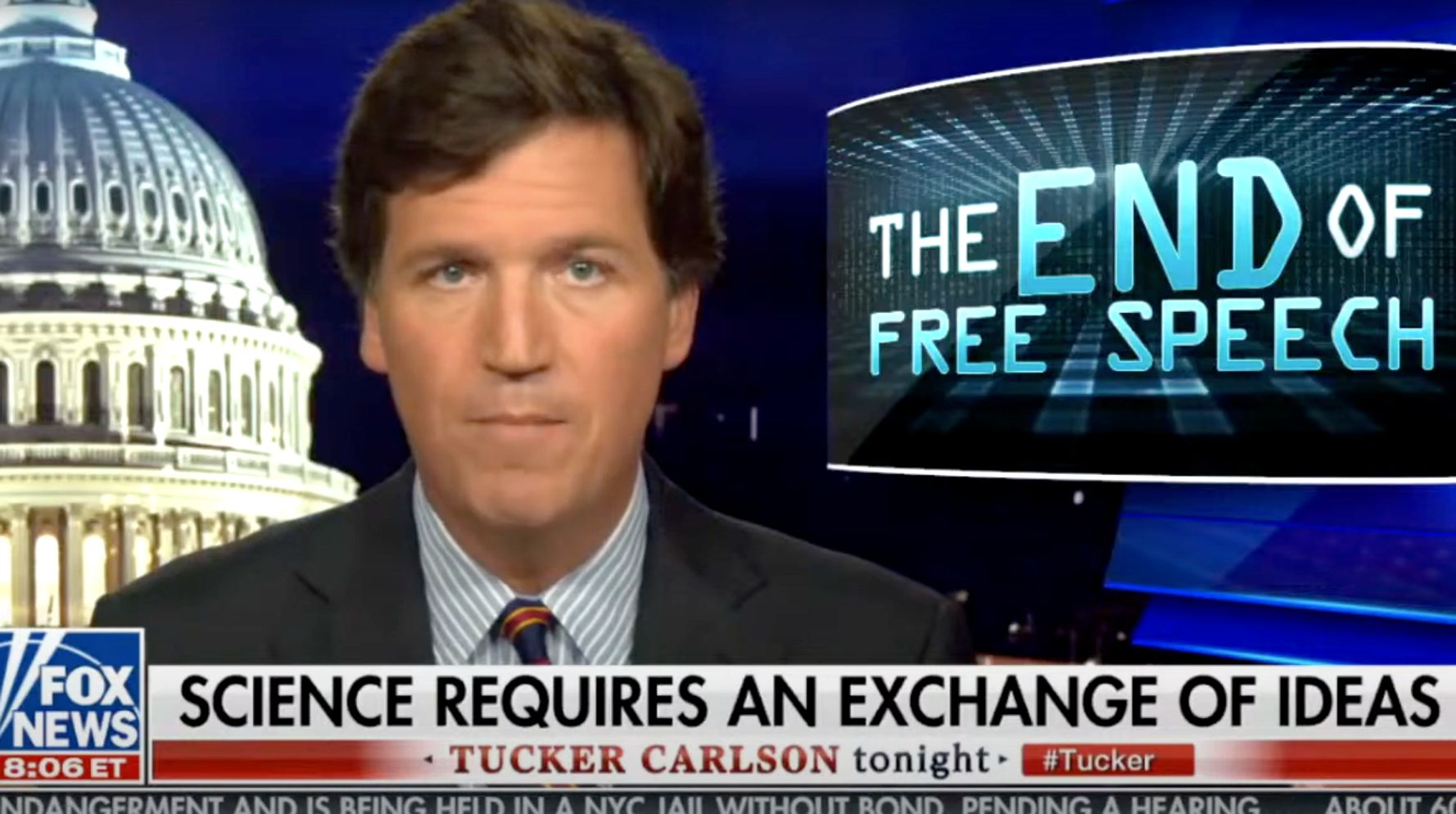 Fox News host Tucker Carlson’s penchant for sharing misinformation about the novel coronavirus earned him a slap on the wrist from Facebook and Instagram on Wednesday ― and he didn’t take the news well.

A video of Carlson’s interview with a Chinese virologist, Li-Meng Yan, was published on his social media accounts Tuesday with the caption “Chinese whistle-blower to Tucker: This virus was made in a lab & I can prove it.”

Scientists who have studied the virus’ genetics have overwhelmingly concluded that it originated in wildlife and was not engineered in a lab. Twitter did not take action against Carlson’s post but it did suspend Yan’s account. Facebook and Instagram hid the content behind a “false information” label. Viewers were advised that the video “repeats information about COVID-19 that independent fact-checkers say is false.” The segment can still be viewed after clicking past the warning.