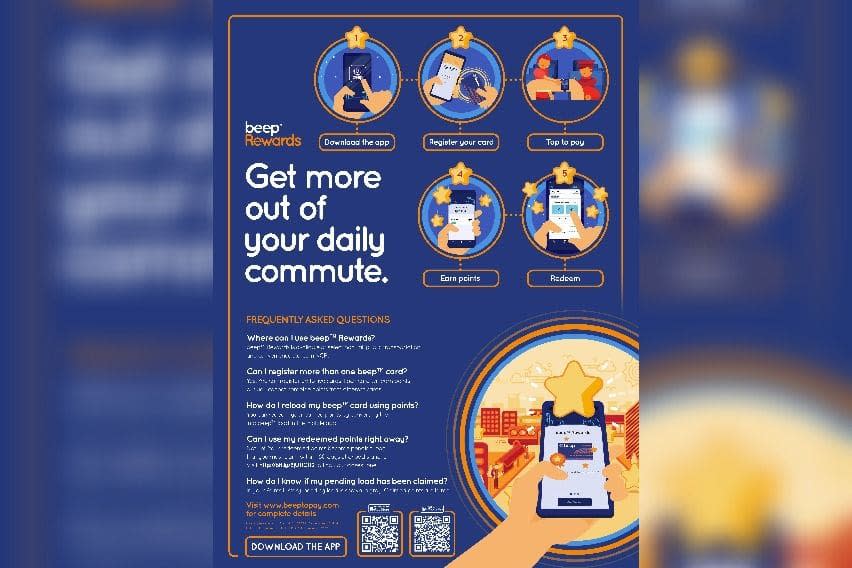 Cashless public transit transactions will be more rewarding now that AF Payments Inc. have announced that they will reward frequent users of ‘beep’ cards when using them on the commute.

From August 22 to November 22, beep users can get more out of their daily commute by earning reward points that they can redeem for beep load using the beep mobile app.

To note, beep cards can be used on EDSA buses, modern jeepneys and other PUVs as well as Metro Manila trains such as the LRT1, LRT2, and MRT3.

Customers may opt to refresh their credits at any LRT or MRT station, EDSA bus stops and select P2P terminals, or in FamilyMart and Ministop branches in Metro Manila.

To join their latest Rewards promo, commuter cardholders must download the beep app on their mobile phone and register the card they are using. The mobile app