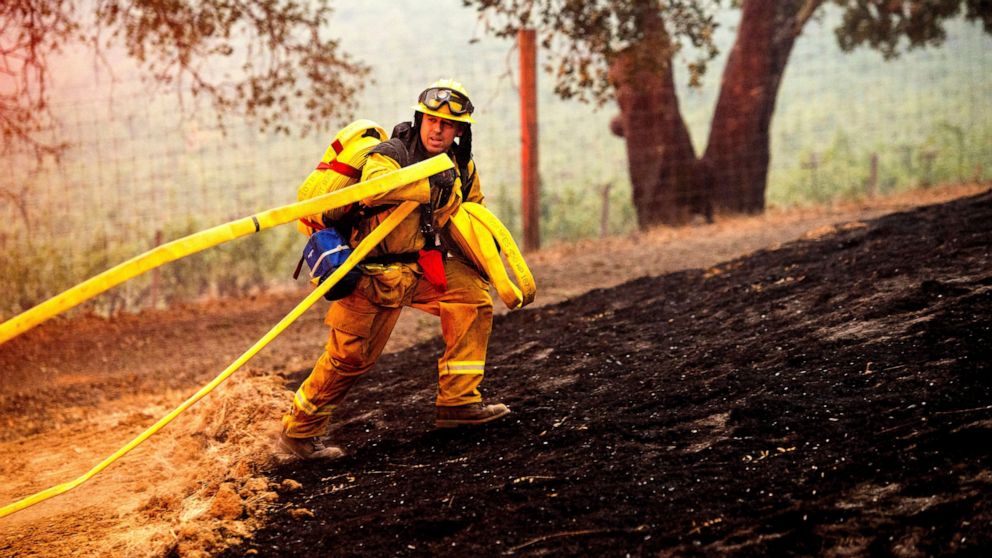 SAN FRANCISCO — California is poised to hit a fearsome milestone: 4 million acres burned this year by wildfires that have killed 30 people and incinerated hundreds of homes in what is already the worst fire season on record.

Flames have scorched an area larger than Connecticut and fire crews at a blaze in the northern wine country were on high alert as forecasters warned of red flag conditions of extreme fire danger into Saturday morning.

Winds up to 30 mph (48 kph) were forecast to push through the hills in Napa and Sonoma counties as the Glass Fire, exploded in size earlier in the week, continued to threaten more than 28,000 homes and other buildings.

“It’s a time of nervousness,” said Paul Gullixon, a spokesman for Sonoma County.