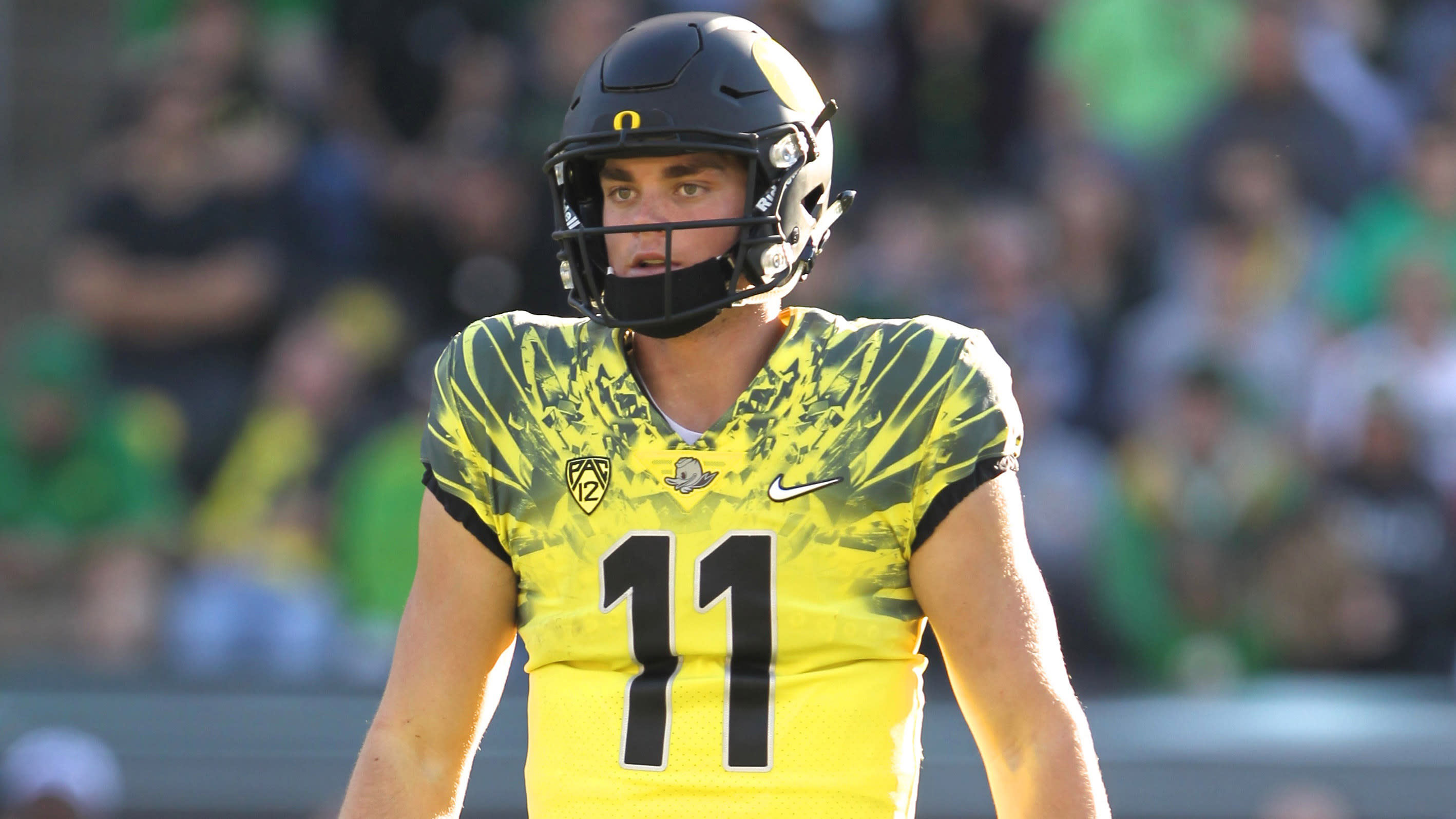 Terry Wilson wasn’t the only former Oregon Ducks quarterback to start for a Power-5 team on Saturday.

Braxton Burmeister will start at quarterback in his Virginia Tech debut Saturday against NC State to open the 2020 college football season.

In 2017 as a true freshman, Burmeister started five games due to Justin Herbert suffering a broken collarbone against California early in Pac-12 play. The four-star recruit would finish the season 44-of-77 for 330 yards with two touchdowns and six interceptions along with 64 rushing attempts for 102 yards and three touchdowns. (Sacks count as rushing yards in college.)

Oregon would go 1-4 with Burmeister starting, with the lone win coming in a 41-20 romping of Darren Carrington and the Utah Utes in Autzen Stadium. Burmeister finished the game 9-of-12 for 47 yards and

“That’s my best friend.” Braxton Burmeister, Brock Hoffman bonded as NCAA made them sit out out last season.

All the late nights Brock Hoffman and Braxton Burmeister spent talking, dreaming about what might become reality when they finally got their chances at Virginia Tech, propping each other up when they got low made the waiting bearable.

Now, the pause in their college football careers is over.

When they put their uniforms on Saturday night for Virginia Tech’s season opener against North Carolina State (1-0, 1-0 ACC), they could both be more than just guys interminably waiting their turns on the sideline after sitting out last season as transfer athletes.

Hoffman will likely be Tech’s starting center, and Burmeister is expected to be in a timeshare with fellow quarterback Hendon Hooker. Shared patience has forged a deep bond.

“That’s my best friend,” said Hoffman of Burmeister, a 6-foot-1, 205-pound redshirt junior who transferred to Tech last year from Oregon. “Honestly, me and him went through those tough times together,

“We knew Brax was something special going in,” Hutzler said.

Hutzler said Burmeister had a “deadly” combination of size and speed, and could make any throw the coaching staff asked of him. Those natural abilities, coupled with a dedication to his craft, earned him the job.

“In summer camp before even playing a game, he was asking me about how to rally the team,” Hutzler said. “He’s in my office having conversations about how to show appreciation to the offensive line. He’s asking those kind of questions, which I think goes to show talent-aside what kind of young man he is.”

Burmeister truly arrived as a quarterback during his sophomore year when Hales was promoted to head coach and the team fully transitioned to the air raid offense, the attack made famous by the likes of college coaches Mike Leach, Hal Mumme and Sonny 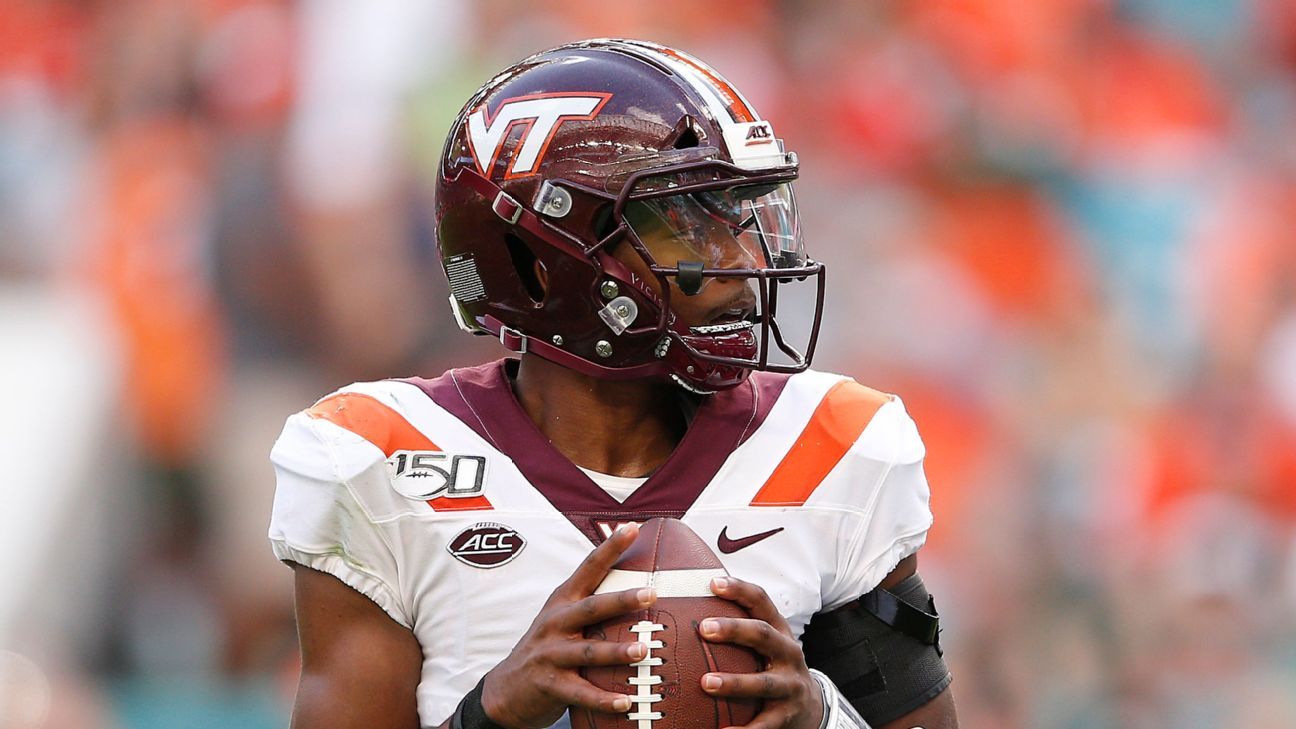 Hooker started eight games last season, accounting for 1,911 total yards, 18 total touchdowns and 2 interceptions. Fuente said both Hooker and Burmeister, a transfer from Oregon who sat out last year because of NCAA transfer rules, deserved to play this season.

Virginia Tech had its planned opener against NC State pushed back to Sept. 26, so its season will now begin against rival Virginia on Sept. 19.

In making the announcement, Fuente said he had not decided yet how the quarterbacks would split the reps during games. He also noted that, while it’s more important than ever to have multiple quarterbacks ready to go because of the uncertainty surrounding rosters this season, coronavirus factors didn’t play the biggest factor in his decision.