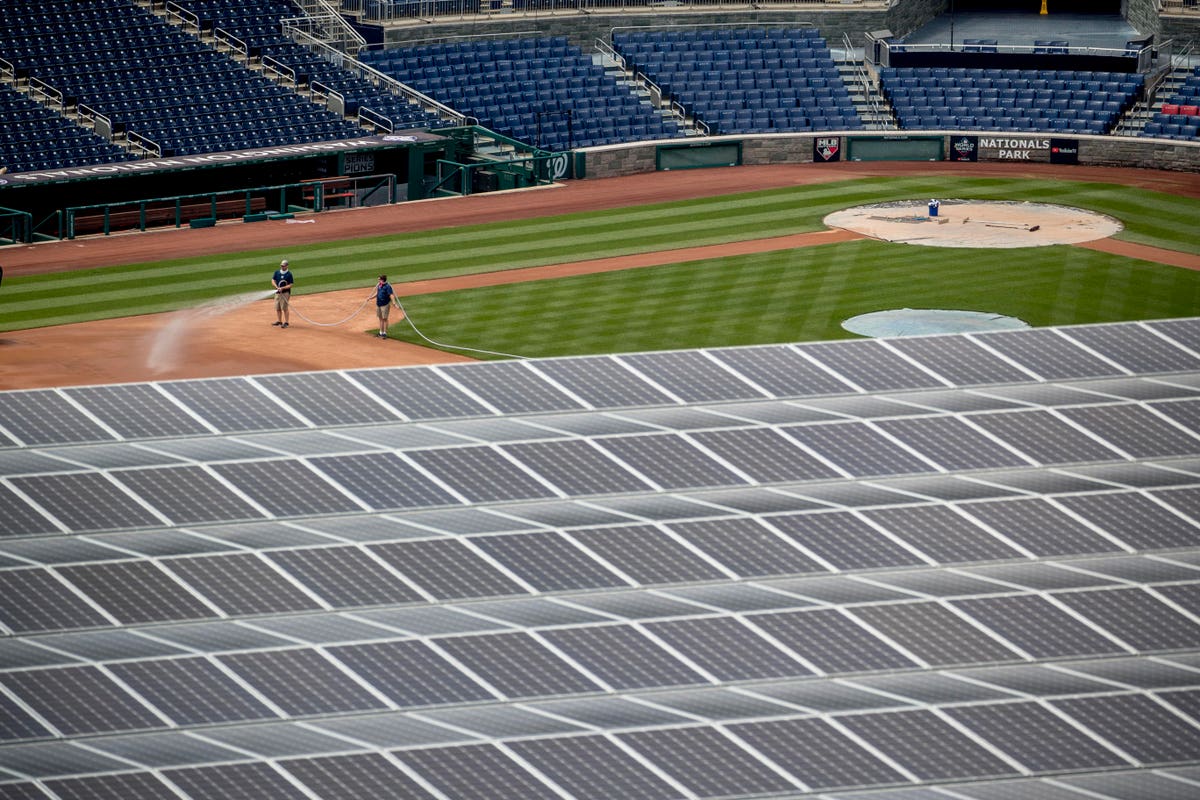 PV was the biggest source of new power schemes in one third of all countries, ranging from Australia to India, and Uruguay to Namibia, as well as in the US. In total a record 118GW of solar projects were built, some 45% of all new capacity installed in 2019, according to research group BloombergNEF.

The solar PV sector has grown more than 10-fold in the past decade, from just 43.7GW of capacity in 2010 to 651GW at the end of 2019. It also overtook wind power (644GW) to become the fourth-largest source of power globally behind coal (2,089GW), gas (1,812GW) and hydro-electric (1,160GW). Thanks to a sharp fall in costs, wind and solar capacity is now larger than all of the electricity generation capacity in the US, BNEF reports.

“Sharp declines in solar equipment costs, namely the modules that go on rooftops and in fields, have made this technology widely available for homes, businesses and grids,” said Luiza Demôro, BNEF analyst and lead author of the study. “PV is now truly ubiquitous and a worldwide phenomenon.”

Given the inexpensive nature of the technology and the limited penetration on a generation basis, BNEF expects the market to continue to grow, with 140-178GW of new solar to be built in 2022.

However, solar power’s capacity factors are significantly smaller than fossil fuels, so in 2019, the technology accounted for only 2.7% of global electricity generation, although this was a massive increase from 2010’s 0.16%.

However, because there are many more coal-fired power plants, the fuel produced 9,200TWh in 2019, a 17% increase on 2010. There is almost a third as much coal-fired capacity (32% more) as there was in 2010, with the 113GW of net coal retirements in developed nations over the last decade more than outweighed by the 691GW of new coal plants in emerging markets, 39GW in 2019 alone.

The report also reveals that:

·        More than two thirds of new capacity installed worldwide in 2019 was wind and solar, up from less than a quarter of new build in 2010. For the first time, the two technologies also accounted for most of the new generation recorded in 2019. Including hydro power, renewables made up three-quarters of 2019 commissioned capacity.

·        Wind and solar installations were mostly concentrated in wealthier nations during the first half of the 2010s but that has shifted recently. In a group that includes nearly all OECD nations, wind and solar have accounted for the majority of new capacity built each year since 2011. Among a group of non-OECD nations plus Chile, Colombia, Mexico and Turkey, wind and solar have accounted for most new capacity every year since 2016.