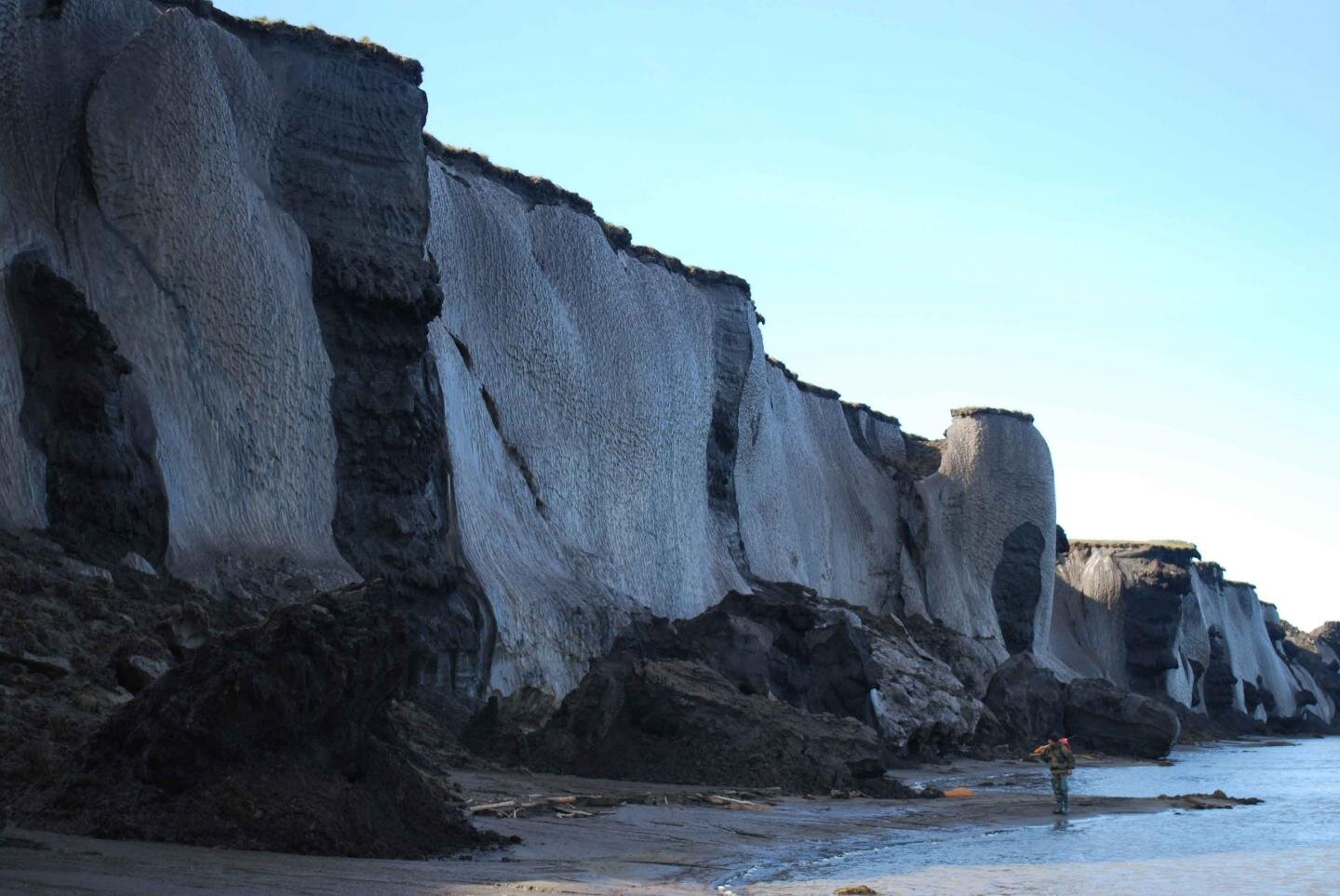 Siberia’s permafrost erosion has been worsening for years

The Arctic is warming faster than any other region on the planet. As a result, permafrost that is thousands of years old is now being lost to erosion. As measurements gathered on the Lena River by AWI experts show, the scale of erosion is alarming: every year, roughly 15 meters of the riverbanks crumble away. In addition, the carbon stored in the permafrost could worsen the greenhouse effect.

Today, the permafrost soils found on the Arctic coasts of Canada, Russia and Alaska, frozen for thousands of years, are increasingly eroding away due to the effects of waves and river currents—especially because the warm season there is steadily growing longer. As experts from the Alfred Wegener Institute, Helmholtz Centre for Polar and Marine Research (AWI) have determined, this thawing has now taken on enormous proportions. By conducting a detailed analysis of historical satellite images from Siberia, Matthias Fuchs and his team were able to show that permafrost erosion in the Lena Delta has steadily worsened since the 1960s. Whereas in the 1960s the river, at a width of ca. 1.7 kilometers, gnawed away an average of five meters of land per year, between 2015 and 2018 that number rose to nearly 16 meters. In total the banks—more in some places, less in others—lost between 322 and 679 meters from 1965 to 2018.

The researchers focused their efforts on the 1.5-kilometer-long Sobo-Sise Cliff, a steep yedoma cliff from which permafrost plummets into a branch of the Lena River. At its highest point, it is 27 meters tall—as tall as a several-storey house. As Matthias Fuchs explains, “Major quantities of permafrost have been eroding away across the Arctic for many years now. Nevertheless, the Sobo-Sise Cliff is definitely a hotspot. There are very few other regions where the loss of land is so substantial.” The worrisome aspect: the fact that the thawing and permafrost loss have intensified so massively in the last several years.

Fuchs and his colleagues not only analyzed satellite data; they also took a closer look at how much carbon and nitrogen are released every year by the erosion. The cliff’s permafrost, which is ca. 50,000 years old and formed during the last Ice Age, consists of 88 percent ice. The remainder is mainly peat, silt and sand. Especially the peat, which consists of partially decomposed ancient mosses and sedges, contains a great amount of carbon and nitrogen, formerly stored in the plants. The AWI experts collected soil samples on site and then analyzed their carbon and nitrogen content in the lab. “It’s amazing that the Sobo-Sise Cliff contains so much organic material, even though it’s predominantly composed of ice. On average, we find roughly 26 kilograms of carbon and two kilograms of nitrogen per cubic meter.” That means from 2015 to 2018 alone, ca. 15,000 metric tons of carbon and at least 1,000 metric tons of nitrogen landed in the Lena River, where they were washed away.

“Carbon and nitrogen are important nutrients for microorganisms,” Fuchs explains. “Due to the erosion and thawing of permafrost, microorganisms now enjoy access to both.” And this can have a number of consequences. When the microbes break down the carbon, they release carbon dioxide—just like we humans do when we breathe. When that happens, the loss of permafrost worsens the greenhouse effect by ‘re-mobilizing’ carbon that was previously stored away. In addition, the intensive input of carbon and nitrogen in the Lena is changing the nutrient supply in its waters. “This could significantly influence, or even transform, the river’s natural food webs,” says Fuchs.

The researchers can’t yet say precisely what the consequences will be. To do so, in future studies they’ll need to examine the nutrient flows in, and the biology of, the Lena river in more detail. But with their latest efforts and their assessment of the permafrost erosion, which has just been published in the journal Frontiers in Earth Science, the AWI experts have provided an important basis for additional investigations.

Coastlines’ contribution to climate change might have been underestimated