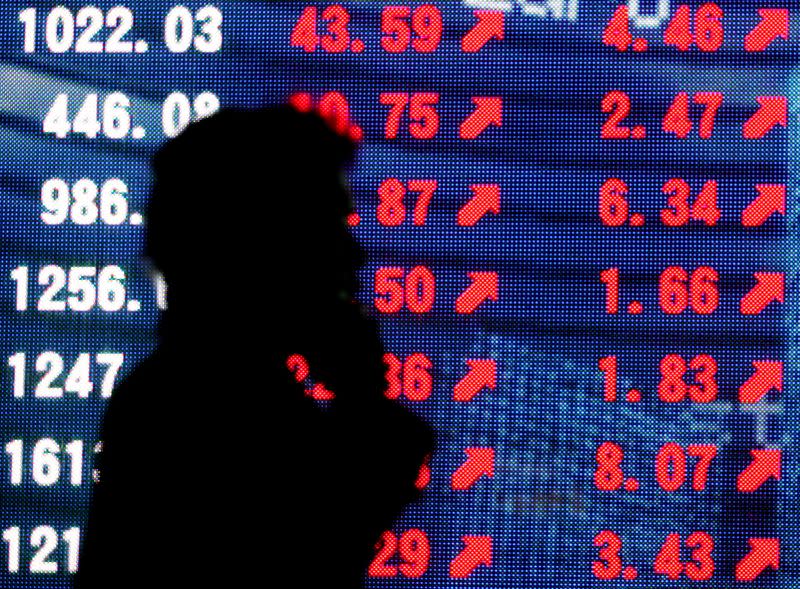 Souring the mood, the U.S. Senate on Thursday killed a Republican bill that would have provided around $300 billion in new coronavirus aid, as Democrats seeking far more funding prevented it from advancing.

Diplomatic and military tensions between Washington and Beijing appeared to intensify as Taiwan denounced China on Thursday over large-scale air and naval drills off its southwestern coast.

The NYSE Fang+ index of big 10 tech companies <.NYFANG> has lost 5.4% so far this week — its biggest weekly loss since the market turmoil in March if sustained by the end of Friday.

Still, the index is more than double its March trough and investors have gathered that their high valuations are justifiable in light of near zero interest rates in much of the developed world and massive liquidity the world’s central banks have created.

Many investors have said the selloff was a healthy correction.

Yet, with the world’s stocks still trading near the most expensive levels relative to profit outlook since the 2000 tech bubble, some analysts called for caution.

“Global shares had rallied on expectations of economic recovery from lockdowns. But as the autumn begins (in the northern hemisphere), people wonder if the coronavirus infections could worsen,” said Kozo Koide, chief economist at Asset Management One.

“You never know if vaccine deployment is that easy nor if banks need to aside more provisions for struggling firms in hospitality sector. Considering all that, investors are likely to question the current valuations can be justified,” he said.

In the currency market, the British pound wobbled near a 1 1/2-month low set on Thursday on fears that UK-EU trade negotiations may fall apart.

The European Union told Britain it should urgently scrap a plan to break their divorce treaty, but Prime Minister Boris Johnson’s government refused and pressed ahead with a draft law that could sink four years of Brexit talks.

Traders took her comments to mean the ECB was unlikely to undertake measures to weaken the currency.

Oil prices were under pressure from a surprise rise in U.S. stockpiles and weak demand due to the coronavirus pandemic.