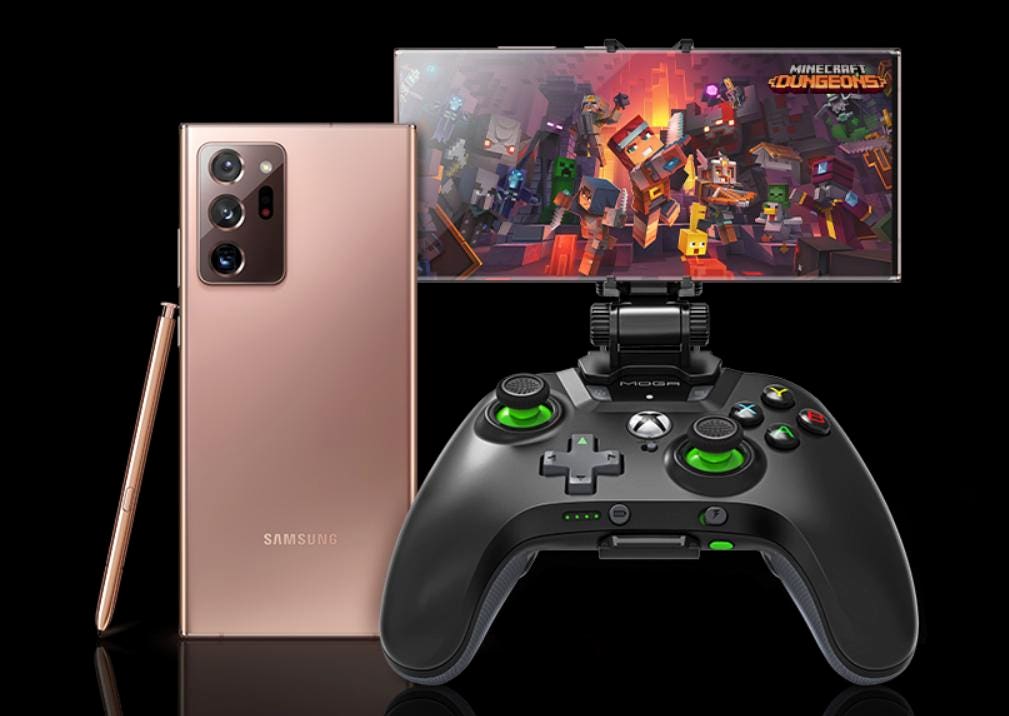 Samsung’s impressive Galaxy Z Fold 2 (read my thoughts on it here) doesn’t fit in the PowerA MOGA XP5-X Plus controller clip when fully extended, which forms part of a promotional deal for the foldable phone, the Korean company has confirmed.

The partnership between Samsung and Xbox was a key part of the Samsung Unpacked event in August. The collaboration resulted in a deal that offers three months free of Xbox Game Pass Ultimate, which includes access to the new Android game streaming service formerly known as Project xCloud.

There’s also an exclusive Game Pass app in the Galaxy Store and Samsung’s 2020 5G lineup is optimised for cloud gaming. Samsung tells me this means reductions in latency from the cloud, lower latency for controllers and better battery efficiency via the Game Booster app.

But prospective Galaxy Z Fold 2 buyers hoping to take advantage of the large 7.6-inch display with the game streaming service might have one issue. Samsung has confirmed to me that the clip that comes with the MOGA XP5-X Plus controller included in the deal, which connects the phone to the controller, isn’t wide enough to hold the Galaxy Fold 2 when fully extended.

Join 3000 others by following my Facebook page for sneak peaks at new tech, updates and exclusive news.

Galaxy Z Fold 2 buyers who want to stream games via Xbox Game Pass Ultimate will either have to play them on the smaller 6.23-inch cover display (that has a 25:9 aspect ratio), which is significantly narrower than most flagship smartphone screens, or play with the screen fully extended but without the phone connected to the controller via a clip.

That may not be particularly important to some, but Game Pass Ultimate is largely advertised as a portable experience with the phone physically connected to the controller. There’s also no obvious mention of the fact that the Galaxy z Fold 2 doesn’t fit in the controller’s clip on Samsung’s dedicated “gaming partnerships” website, or the Galaxy Z Fold 2’s pre-order page.

For buyers who do want to connect their fully-extended z Fold 2 to a controller, they will likely have to buy a clip that fits a small tablet. Although these may be harder to source than traditional clips for regular sized phones.

In order to access the exclusive Game Pass app and unlock the free membership period, buyers have to purchase the phone and the MOGA XP5-X Plus controller. They aren’t bundled together with all purchases, as some have suggested. The Fold 2 has come under some mild criticism since it landed in reviewers hands because of the lack of freebies. Last year’s Galaxy Fold came with a free pair of Galaxy Buds, which were worth $149 at the time.

The new Galaxy Fold is $20 more expensive than the original and comes with no significant freebies (there are a pair of wired headphones included). However it is a far more accomplished device than the original, with an improved cover display, new hinge mechanism, new camera setup, 5G and a new flexible glass technology – despite being similarly priced to the original.

Got a tip, thoughts or something to complain about? Let me know.

Target Comes To The Rescue Of Angry Pixel Bud 2 Owners