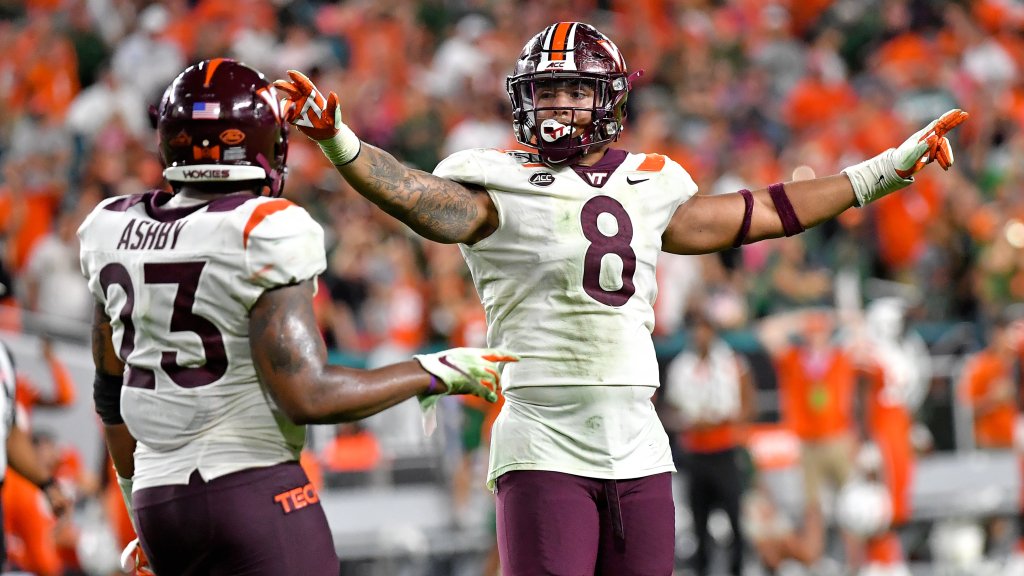 The NC State Wolfpack (1-0) travels to Blacksburg, Va., to take on the Virginia Tech Hokies (0-0) in a Saturday night (8 p.m. ET) ACC contest at Lane Stadium.  We analyze the NC State-Virginia Tech college football betting odds and lines, with picks and best bets.

1. This is take two for this matchup. The Wolfpack and Hokies were slated to tee it up on Sept. 12, but that game was postponed due to positive COVID-19 tests and the quarantining of NC State players. NC State did get in a game last week, but for Virginia Tech this game on Saturday night will mark a season opener twice delayed. The Hokies had their Sept. 19 game (Virginia) nixed as well.

2. NC State is coming off a 45-42 win over Wake Forest. Junior QB Bailey Hockman was a surprise starter for the ‘Pack; he and sophomore Devin Leary figure to share quarterbacking duties this season. But it was NC State’s run game which impressed in game No. 1. RB Ricky Person rushed for 99 yards and two touchdowns on 14 carries, and RB Zonovan Knight ran for 97 yards and a TD on 11 attempts.

3. Hokies HC Justin Fuente told ACC media on Monday that he does not expect to go into this game with a full roster.

Get some action on this game or any other matchup with a college football bet at BetMGM in NJ, IN, CO and WV. Bet now!

Steer clear of a juice-filled money line that blocks off any value at either end.

Against the Spread (ATS)

Bettors appear to be taking a conservative angle in their approach to the Virginia Tech roster. Punching back with the counter that the Hokies are much the better and deeper roster as recruited maybe adding some slight value.

NCSU is 1-8 against the spread over its last nine games when tabbed as an underdog. Virginia Tech is seeking its fifth straight win against the Wolfpack. Back the HOKIES -7 (-110).

Virginia Tech returns many key members of its defense. That includes LB Rayshard Ashby (119 tackles, 17 TFL, five sacks). Look for a game-control approach from Fuentes and the Hokies.

This series has produced an Under four times in the last five games. Take the Under Saturday as well.

Want some action in this one? Place a bet at BetMGM now. For more sports betting picks and tips, visit SportsbookWire.com. Please gamble responsibly.

Gannett may earn revenue from audience referrals to betting services.  Newsrooms are independent of this relationship and there is no influence on news coverage.