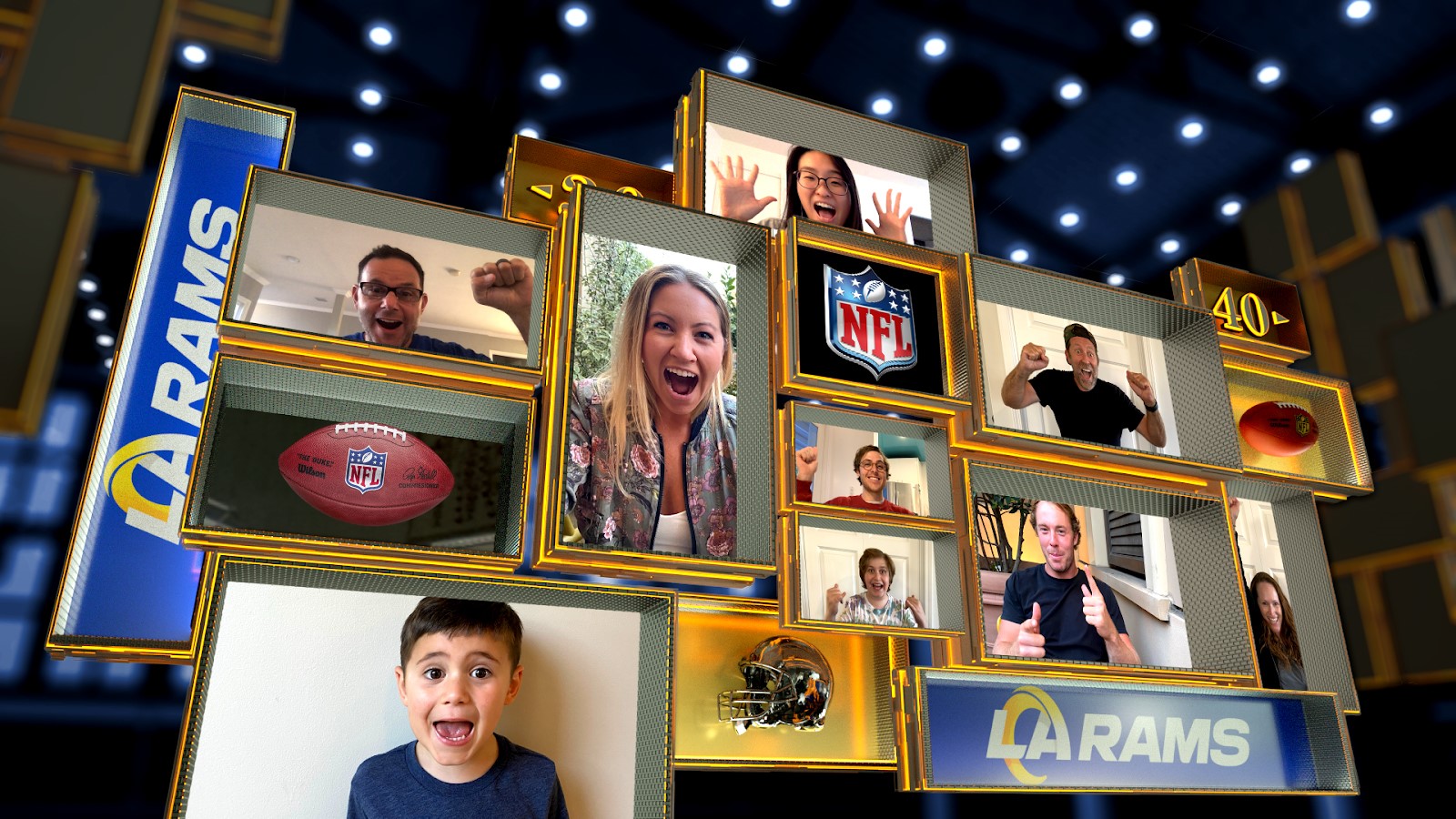 The tech giant revealed today that it is working with the NFL to host a virtual fan experience for games during the 2020-21 season, which kicks off tonight.

It’s similar to the company’s partnership with the NBA as leagues look to fill gaps with most fans banned from stadiums and arenas due to COVID-19.

Previously: I was a virtual NBA fan: What it’s like to cheer from the digital sidelines in Microsoft Teams

For each NFL game, the home team will invite fans to the virtual experience. They’ll watch the game via Microsoft Teams, the company’s collaboration software, and show up on the “Fan Mosaic.” The collage — you can see it above — will be streamed on LED screens in stadiums and on the TV broadcast.

The NFL is also installing LED screens at the each of end zone at stadiums for “key games,” and calling it the Bud Light Showtime cam. The Fan Mosaic will stream on the screens after touchdowns; the idea is to help players celebrate with fans during scoring plays.

Fans will be able to interact with each other as they watch the game via Teams and hear augmented crowd noise customized for each stadium.

The NFL virtual fan experience with Teams will be a little different than the NBA by nature of the sport and how it looks on TV. The NBA installed 17-foot video boards surrounding the courts that are visible throughout the game on the broadcast. The fans could interact with each other using the new Microsoft Teams “Together” mode, a feature for video meetings that places participants against a shared virtual background, removing individual backdrops in an effort to make it easier to pick up on non-verbal cues and to interact more like in real life.

Microsoft has seen a big spike in Teams usage due to the work-from-home mandates during the health crisis. The new deals with the NBA and NFL show how the software can be used beyond the office.

Teams now has more than 75 million daily active users. Microsoft is battling Slack, Zoom, and other collaboration software makers. Microsoft in June made Teams available for personal use with friends and family.

The new virtual fan experience is part of a longtime alliance between Microsoft and the NFL. Players and coaches use Microsoft Surface tablets on the sidelines during games and throughout the week for preparation. Both NFL staff and the teams themselves are now also using Microsoft Teams to get work done.

The NFL used Teams for its virtual NFL Draft earlier this year.

Microsoft landed a multi-year expansion deal in March. The alliance dates back to 2013, when Microsoft inked a reported $400 million, 5-year deal with the NFL.

The partnership is also an advertising vehicle for Microsoft. The Surface is the “official laptop of the NFL,” and the “official sideline technology provider.” The tablet was featured in Microsoft’s Super Bowl ad in January.

The NFL has embraced multiple technology providers in recent years. Microsoft’s rival Amazon has a streaming deal for Thursday Night Football games, while its cloud unit Amazon Web Services powers the NFL’s Next Gen Stats program and has a separate deal with the Seattle Seahawks.

The league is pumping artificial crowd noise through stadium sound systems this season to replicate a bit of what happens during games and to make the entire experience sound a little better for television. Only five teams are allowing fans to attend games for now, in limited capacity.

The NFL is also working with Snapchat on mobile content, including an augmented reality feature released for Thursday’s game.