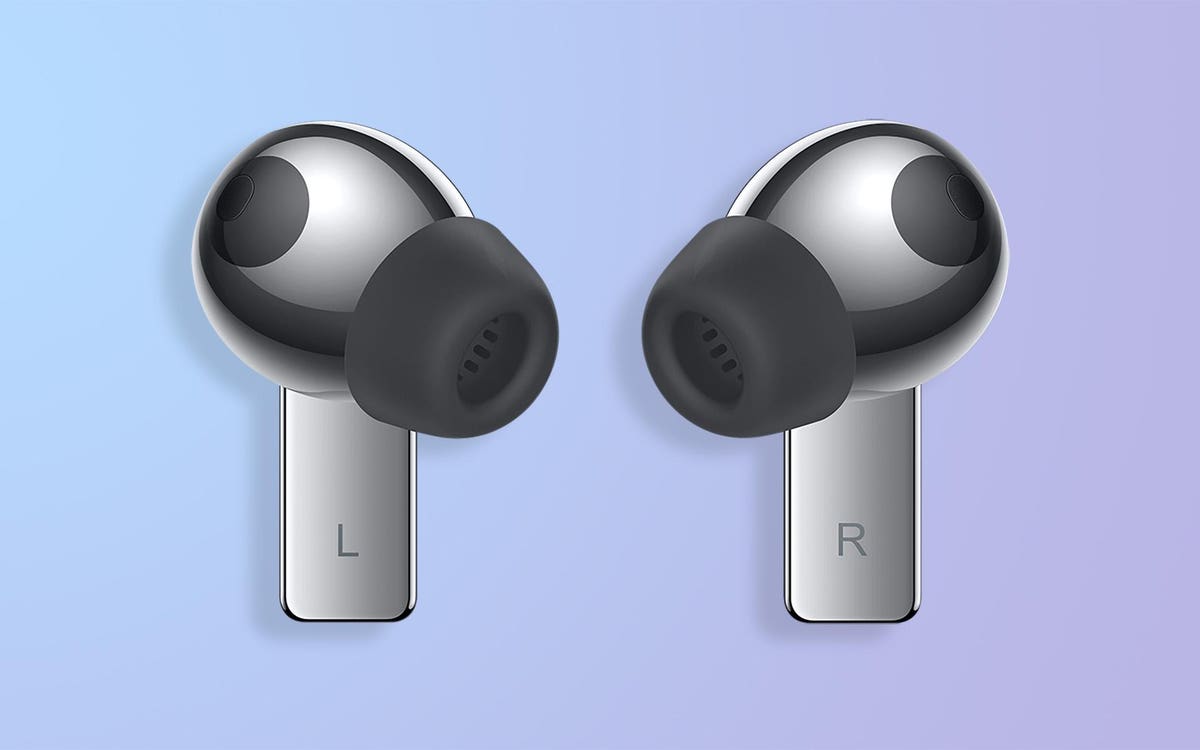 This is big: Huawei has not made a pair of earphones to date to worry Sony, Bose or Apple.

This means they use motion sensors and the built-in Kirin A1 wearable processor to determine what you are doing, and alter the ANC profile to suit. These profiles are “cozy”, “general” and “ultra”, and the Huawei FreeBuds Pro can switch between them automatically.

Most other adaptive cancellation systems use the microphones to judge the level of ANC needed, and switch up a gear to match. This dynamic method is perhaps not unlike the AI modes Huawei puts into its superb phone cameras.

Core claims of the Huawei FreeBuds Pro’s cancellation effectively are actually more important. Huawei says these earphones can block up to 40dB of ambient noise, and that the Sony WF-1000XM3 and Apple AirPods Pro manage 33dB and 38dB in the same tests.

Such tests can be massaged in the tester’s favour, of course, but Huawei did show me a graph of the Huawei FreeBuds Pro’s ANC power throughout the frequency range. And it looks very good.

The earphones use microphones inside the housing and on the outside for cancellation calculations, and an additional bone vibration sensor to further isolate the sound of your voice when taking calls. Three call mics use beam forming for directional pick-up.

Whether the Huawei FreeBuds Pro’s active noise cancellation really beats the AirPods Pro, WF-1000XM3 and Bose QuietControl 20 remains to be seen. But this is clearly Huawei’s most concerted effort to do so.

The special part of the Huawei FreeBuds Pro’s sound hardware is not the driver itself, an 11m dynamic affair, but the suspension ring on which it sits.

The Huawei FreeBuds Pro’s suspension ring attempts to lower the driver’s physical distortion without affecting the great full frequency range coverage you get with this dynamic style of driver. Let’s hope it works.

Huawei has also tried to get clever with the FreeBuds Pro controls. You slide up and down the earphone stem to alter volume, and squeeze it to toggle noise cancellation. True wireless earphone controls are perennially problematic, so fingers crossed these gestures are not too fiddly.

Other parts of the Huawei FreeBuds Pro are more conventional, but there are no obvious feature holes here.

They last 4.5 hours off a charge with ANC switched on, but this leaps up to seven hours if you turn it off. The charger case provides 30 hours of music playback and the earphones are available in black, white and silver colours. The Huawei FreeBuds Pro will be available in October for 199 Euro (~$236).