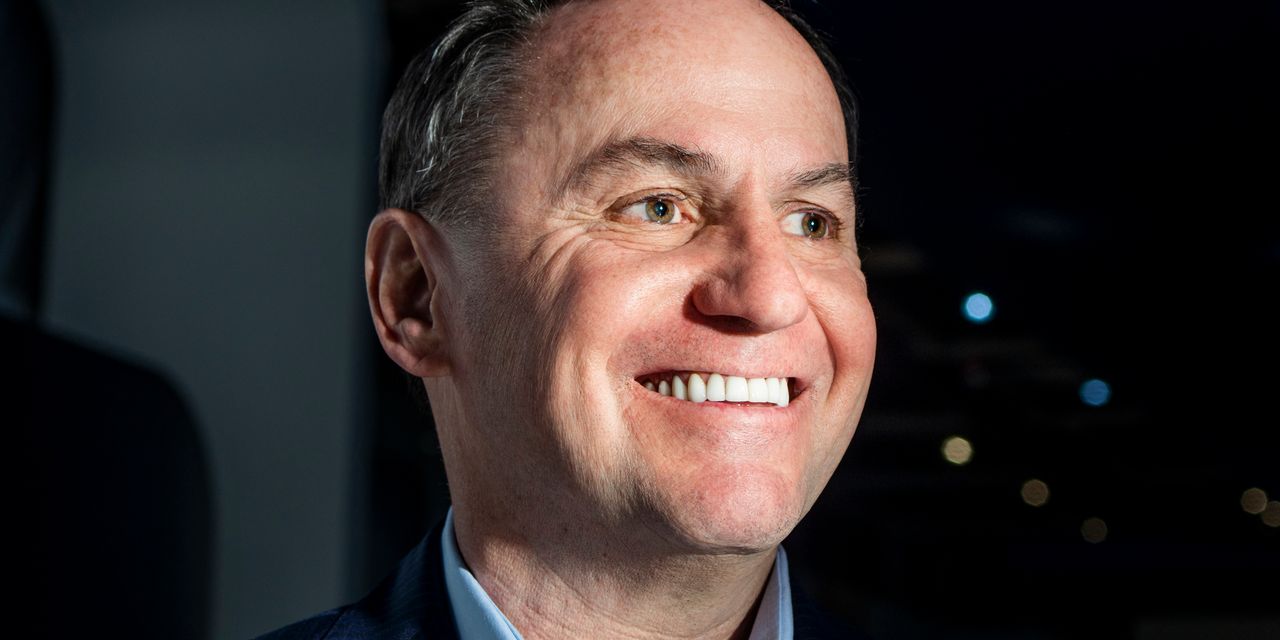 
Intel’s stock chart has not been a smooth ride upward. Unlike several of its largest rivals, shares have barely broken even in 2020, as

and Nvidia have produced eye-popping returns of 160% and 180%, respectively.

In many ways, the company’s lackluster stock performance is a sign of trouble of

Shrinking the size of its transistors to seven-nanometers means that it can squeeze more of them onto silicon, which in turn, generally speaking, allows Intel to make faster, more efficient chips. At least that’s a part of the conventional wisdom that investors have leaned on while punishing the stock price: its latest delay announcement in July cost shares more than 15% in a single session.

Yet for Intel Chief Executive Bob Swan, the question of moving to a smaller transistor size—or node, as he puts it—doesn’t give investors a full picture of how the best and most powerful semiconductors get built. After the company prints the chips, Intel also packages the chips, Swan told Barron’s in an interview last week.

“It’s not just about the process technology,” Swan said in a phone interview, adding that, in reference to the company’s new line of Tiger Lake chips, “CPU performance, through process technology, is improved by 15% to 20% over the prior generations.”

He also argues that most of Intel’s chips are made with the 14-nanometer technique, and that the company’s 10-nanometer manufacturing technique produces chips that are equivalent to what rivals have produced with smaller transistor sizes. The core thesis around Intel stock—that its strength lies in that it both designs and makes the chips it sells—has not changed.

“We invest both in product and in manufacturing process technology,” he said. “That allows us to not share the margins with other players in the industry. We keep them all for ourselves,” he said.

Swan acknowledges that the process technology has slipped, which resulted in the two quarter delay. The Silicon Valley company CEO said engineers had discovered several defects close to the beginning of its seven-nanometer fabrication process, that the company now understands what the defects are and has a plan to fix the issue. Swan said he is still considering contracting the seven-nanometer production with another manufacturer.

Likely that refers to either

(TSM), since they are the only two businesses that have been able to efficiently produce the smaller transistor size at scale.

Swan says that Intel thinks about its research development in three broad phases. The first bucket is improvements in manufacturing processes and product enhancements that the company will see returns on within a year; the second is chips and other products Intel plans to launch within roughly three years; and the third is innovation that will have a significant impact on the second beyond three years.

Although semiconductor research and development spending is critical to a company’s success, it has not always related to sales growth, according to RBC Capital Markets analyst Mitch Steves.

In a research note from earlier this year, Steves concluded that correlation between research spending and growth is likely the result of products such as

(NVDA) deep learning chips that have enjoyed outsize success. It’s worth noting that Nvidia has spent an average of 21% of its sales on R & D over the past 10 years, compared with Intel’s 19%—though on an absolute basis, Intel has outspent Nvidia by an order of magnitude.

Swan says that Intel’s R & D money has been well spent, adding nearly $20 billion in annual revenue over the past five years, doubling the earnings of the company, and improving its cash flow.

“I think you can tell when you pore through our financial statements that the returns from that R & D are very attractive,” he said. “In a world where everything looks like a computer, the returns we generate continue to be extremely, extremely attractive and our expectation is that would be the case going forward.”

While Swan didn’t discuss the specific allocation of the company’s approximately $13 billion in annual R & D spending, he said that the company is broadly focused on 5G and related technologies—Intel has been investing in for close to 10 years—artificial intelligence, and what Intel refers to as edge computing.

“Those three things are longer term, emerging technologies that we invest behind, that will in turn drive demand for short term products,” Swan said. “Within that vein, we look at the PC as we’re launching an annual cadence of leadership products, which consumes a portion of our R & D budget and we make relatively large margins in the PC world. It’s a great, great part of our business.”

Write to Max A. Cherney at max.cherney@barrons.com