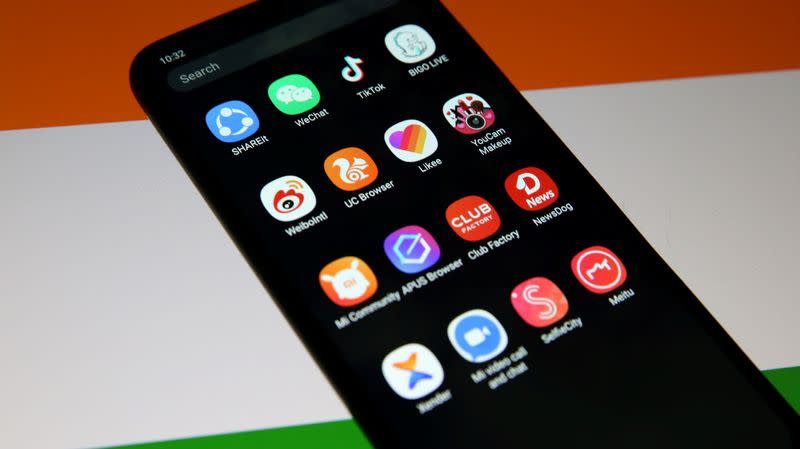 NEW DELHI (Reuters) – India on Wednesday banned another 118 mobile apps including Tencent Holdings’ popular videogame PUBG, as it stepped up the pressure on Chinese technology companies following a standoff with Beijing at the border.

The ban was announced a day after a senior Indian official said troops were deployed on four strategic hilltops after what New Delhi called an attempted Chinese incursion along a disputed Himalayan border.

Tencent declined to comment on the announcement and the Chinese embassy in New Delhi did not immediately respond to a request for comment.

India’s technology ministry said the apps were a threat to India’s sovereignty and security.

These “apps collect and share data in a surreptitious manner and compromise personal data and information of users that can have a severe threat to the security of the state,” the ministry said in a statement.

The ban is a blow for Tencent in India whose PUBG, a battle royale game, is a smash-hit in the country. India ranks No.1 in the world in terms of PUBG downloads, accounting for roughly 175 million installs, or 24 percent of the total, apps analytics firm SensorTower says.

That move, which India’s technology minister referred to as a “digital strike”, followed a skirmish with Chinese troops at a disputed Himalayan border site in June when 20 Indian soldiers were killed.

Tensions have simmered between New Delhi and Beijing ever since and sources told Reuters last month of another ban of 47 mostly clone apps.

India’s prohibitions have stalled business operations of several Chinese companies in India. They have also forced Alibaba, a major backer of Indian tech startups, to put on hold all plans to invest in the country for at least six months, Reuters reported in August.

Tech analysts say there is a risk the sudden change in the business environment will deter Chinese investment more generally.

“The app bans not only give a negative signal to Chinese firms and investors already in India, but even those waiting for a favourable climate to invest in India may now back off now,” said Atul Pandey, a partner at law firm Khaitan & Co who has advised several Chinese clients.