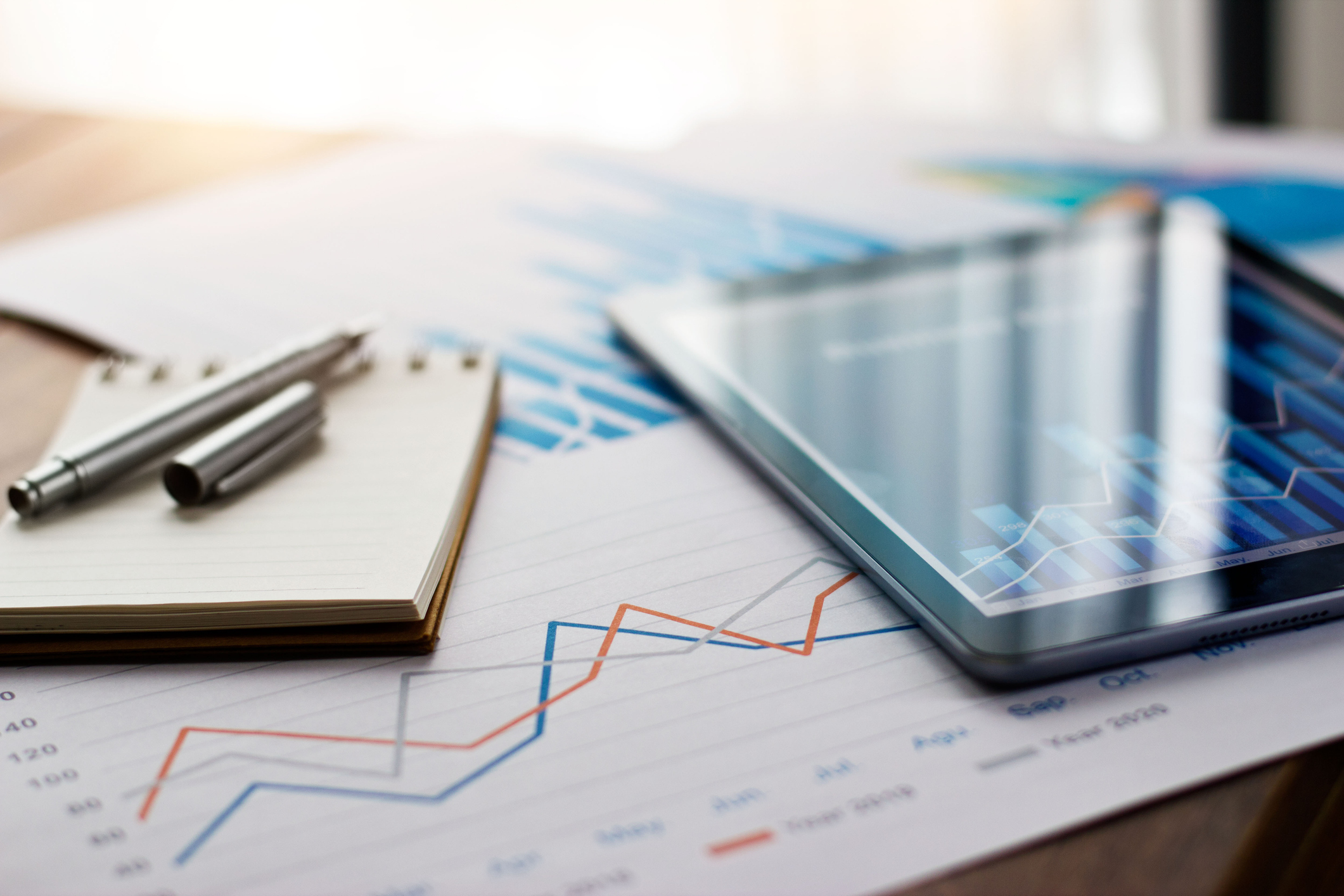 There are plenty of good reasons to invest in Facebook, Amazon, Apple, Netflix, and Alphabet’s Google, also known as the FAANG stocks. These companies have all built strong businesses with wide moats, and it’s likely that they’ll all make good investments for years to come.

But FAANG stocks aren’t for everyone. For one thing, they tend to grow slower, and they don’t always have the same opportunity for big share-price gains as smaller companies do. For investors looking for a few small-cap companies that have the potential to become great investments, here’s why you should consider Magnite (NASDAQ:MGNI), Baozun (NASDAQ:BZUN), and Limelight Networks (NASDAQ:LLNW). 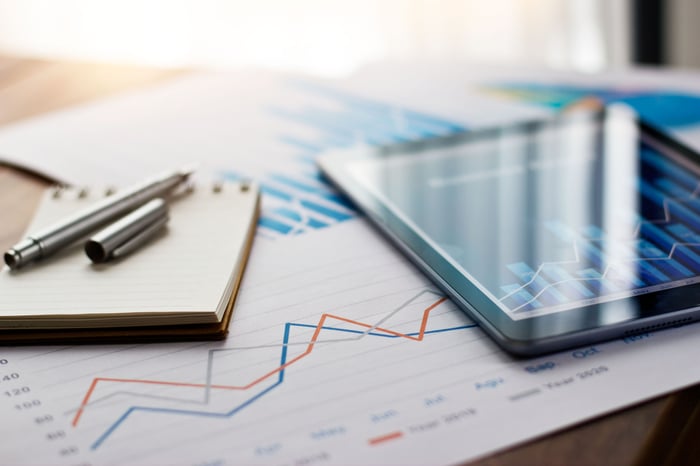 Danny Vena (Magnite): With the onset of the pandemic and resulting record-breaking slide into a bear market, companies big and small scrambled to slash budgets to ride out the recession that was waiting in the wings. One of the first casualties of this corporate belt-tightening was marketing budgets. The resulting uncertainty has plagued the advertising industry to this day, giving forward-thinking investors the opportunity to profit.

Magnite is a small cap company — worth less than $1 billion — that represents a super-sized opportunity. The company is the result of the merger between connected TV (CTV) advertising company Telaria and sell-side ad specialist The Rubicon Project. What resulted is an independent sell-side platform that helps advertisers sell their available ad space.

The company specializes in programmatic advertising, which uses sophisticated algorithms to handle the automated task of real-time bidding. This helps publishers get top dollar for their available ad spaces. Magnite’s principal focus is on the opportunity created by the accelerated adoption of CTV. eMarketer estimates that CTV ad spending will increase by 56% between now and 2023. About half of CTV ads are fulfilled programmatically now, but that percentage is expected to rise to 59% by 2021.

There’s more. A recent study revealed that streaming video accounts for roughly 29% of television viewing but is responsible for just 3% of advertising. That money will eventually make its way to streaming — and right into Magnite’s wheelhouse. The acceleration of cord-cutting will only intensify the effect.

Even as the pandemic has temporarily delayed the investing thesis, consider this: Before the merger, Telaria’s CTV business grew revenue by 99% revenue year over year in 2019, after a three-fold increase in 2018. Once the ad market recovers, this eye-popping growth is likely to resume.

This year hasn’t been anything to write home about — at least not yet. Revenue grew just 12% year over year for the first six months of 2020, with CTV putting in a similar performance, growing 12%. It’s worth noting that the results were much better than anticipated. However, at the time of the earnings report in early August, management said that CTV revenue growth accelerated to 50% year over year for the first five weeks of the third quarter.

Magnite has all the pieces in place to be a key player in the CTV advertising arena. The stock is still trading more than 40% lower than it did just prior to the pandemic-induced bear market. Once the advertising market has fully recovered, look for Magnite stock to be off to the races.

A little fish in a huge pond

Brian Withers (Baozun): Compared to China’s e-commerce whales Alibaba ($805 billion market cap) and JD.com ($129 billion market cap), Baozun’s e-commerce service and technology business looks like a pet goldfish coming in at $2.7 billion. But don’t be scared off by its size; this little fish has an ocean of opportunity to play in.

China’s e-commerce market is the largest in the world, almost three times the size of the U.S. market at an estimated $2.09 trillion for 2020 and growing by double digits. Even though Alibaba, JD.com, and Pinduoduo make up an estimated 83.6% of the country’s online sales, there’s still plenty of room for Baozun to grow in the years ahead. The opportunity looks especially bright as the country’s middle class is expected to expand by 370 million people to a total of 1.2 billion (almost 4x the U.S. population today) by the end of 2030.

Baozun makes its money by working with brands looking to enter the Chinese marketplace. It offers services that span the gamut from marketing and customer contact center support to its e-commerce storefront with third-party warehousing and distribution. It even has a full-service e-commerce offering where it takes over the supply chain decisions on which brand products to stock, and buys the inventory. Over the last several years, it’s been making a business model transition in which it’s moving away from buying inventory and focusing on being an asset-light service and tech provider. It has largely completed that shift. Last quarter, 92% of the sales value on its platform originated from its non-distribution business and accounted for 57% of revenues.

As the company has been executing this transition, it has experienced some growing pains, and the stock has been on a bit of a roller-coaster ride. Over the past twelve months, the stock declined 5% and has significantly lagged the market, but that may soon change. The most recent quarter gives investors signs that growth is accelerating. Revenue rose 26% year over year in the second quarter, a marked improvement from the 18% in the first quarter. It added 11 new brand partners, bringing its total to 250, and launched a Business Operating Center (BOC) — a shared services center that allows it to serve smaller brands in a more cost-effective way, and should enable the company to attract a wider range of customers and accelerate its brand partner growth.

Even though management tempered its Q3 outlook with a cautious 16% to 20% year-over-year revenue growth projection, Chief Financial Officer Robin Liu stated that it expected to get back to 30% top-line growth in the next calendar year. The stock hasn’t moved much since the earnings release, so the market is taking a wait and see approach. This presents an opportunity for patient investors. The long-term prospects for this e-commerce brand partner are massive, and this small-cap has plenty of runway and capability to grow to be a much bigger fish in the years to come.

This stock is shining a spotlight on streaming video

Chris Neiger (Limelight Networks): We all know that the coronavirus pandemic has forced many of us to spend a lot more time at home than we used to. And, unsurprisingly, many of us are using that time to stream more video content than ever before. That’s great news for a small company you might not know about: Limelight Networks.

Limelight is a content-delivery network (CDN) and edge-computing company that helps companies deliver their content efficiently and quickly to users. Much of the company’s CDN services are focused on video streaming right now, and the company has some very important customers that have helped drive its growth. Walt Disney uses Limelight for its popular Disney+ video streaming service, and Comcast has tapped the company for its newly launched Peacock video service.

And video streaming helped the company put up some impressive second-quarter results. Revenue grew 58% to $58.6 million, outpacing analysts’ consensus estimate, and the company improved its adjusted losses from $0.03 in the year-ago quarter to a loss of $0.01 in the most recent quarter.

As video streaming continues to grow, Limelight Networks will likely benefit. But providing a CDN for video streaming services isn’t the company’s only opportunity. Limelight is also moving further into the edge-computing market, which could help all sorts of Internet of Things (IoT) devices more easily process data. The company believes that edge computing could be even more important to its future than CDN.

Limelight CEO Bob Lento said on the company’s recent earnings call that, “No matter how we try to slice it, it always comes out that the market for edge services is bigger than the market for CDN.”

The bottom line is that Limelight is already benefiting from the CDN market and has a growing opportunity in edge computing as well. With video streaming still in its infancy and IoT device connections just getting started, snatching up some shares of Limelight could end up being a great bet for long-term investors.