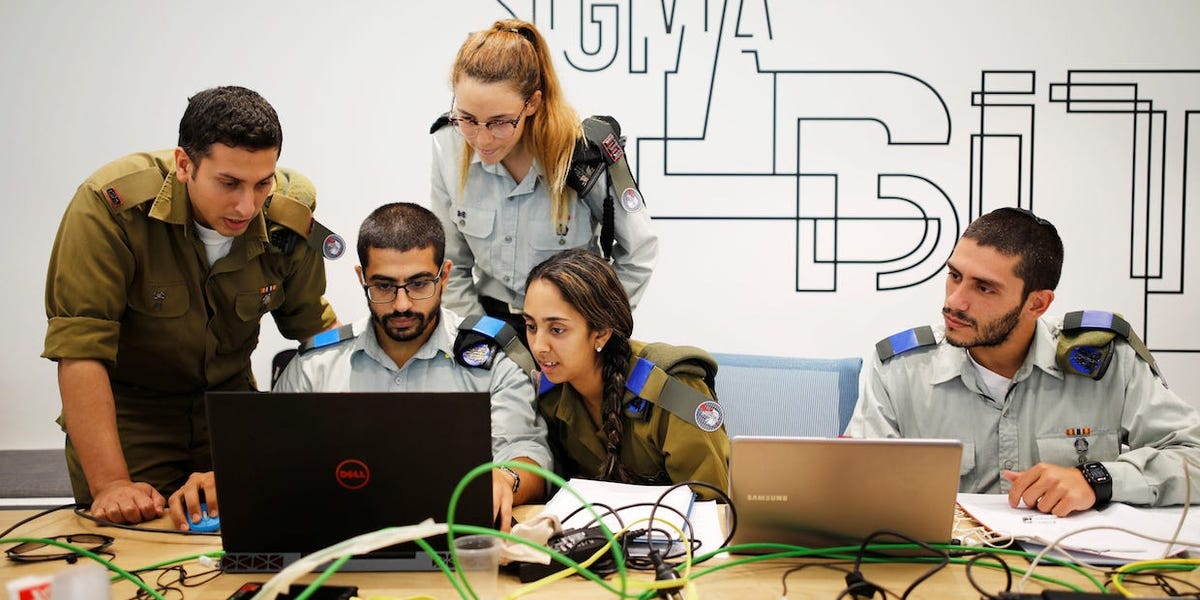 Jobs in tech are still booming – and you can land many without a degree.

Some tech recruiters disregard college credentials when looking to hire new talent. Tesla CEO Elon Musk said that colleges “are not for learning,” but rather environments for students to have fun. Instead, Musk emphasized the amount of online free resources open to people hoping to gain skills. And tech companies from Apple to Google to Netflix don’t require employees to have four-year degrees, either.

When Jay Wengrow, web developer and founder of coding bootcamp Actualize, was involved in hiring at previous tech companies, college degrees were barely even a consideration.

“Of the people we hired, I have no idea who had a degree or not,” Wengrow told Forbes. “It was such a minimal factor. If we liked them and thought they were cool and they wrote good-quality code, that’s all that mattered.”

While Silicon Valley experienced an initial wave of layoffs as a result of the pandemic, software engineering and tech roles are still projected to grow in the next decade – and the payoff is high, with median annual salary for application software developers at nearly $110,000 in 2019. It’s no wonder that job site Indeed listed coding as 2020’s most in-demand skill.

If you’re interested in pursuing a high-pay, high-demand career, this could be a great moment to consider pursuing data science or software engineering.

Harsh Patel, CEO of coding bootcamp Galvanize, has been running training programs in the field for almost a decade. According to Patel, the pandemic has made coding an even more important skill in the job market.

“Right now is similar to eight, nine years ago when coding first became a hot topic,” Patel said. “The pandemic reminds me of that time, because there’s another push for tech jobs in particular. And there are more resources now than ever to get your feet wet; it’s so much easier than it was 10 years ago.”

Even if you don’t have a formal university degree in coding, you can still pursue a job in tech. In fact, over two-thirds of software developers are actually self-taught, and there are plenty of alternative resources that allow you to get trained in the skills you need. Here are a few pointers for people hoping to get started.

“Companies are looking for experience using tools and languages that the company’s technology staffing is already built on,” Patel said.

So it helps to know the coding languages that are associated with the highest paying jobs. Coding languages Pearl, Scarla, and Go were listed as 2020’s highest-paying coding salaries, Business Insider previously reported. But if there’s a specific company where you’re hoping to land a job, Patel figuring out what technology the company works with, then tailoring your application to that specific technology.

Cost can serve as a barrier for many people hoping to get into tech, but it doesn’t have to be. Will Manuel, CEO and President of Core Mobile Apps, sees YouTube as the best free way for beginners to learn new coding skills.

“There are a wide variety of content creators sharing the latest coding techniques even faster than they are taught in educational institutions,” Manuel previously told Business Insider.

There are also sites like Lynda.com and Udemy. While not free, these sites offer courses in coding that can get you started for a much more affordable cost than a conventional degree.

Learning from the internet can provide a customizable experience in the sense that users can choose a coding instructor that suits their level and needs.

Aside from cost, one of the best advantages to learning through an online bootcamp or an online course selection is the flexibility that comes with it. People who are still holding roles in other industries or who need to work day jobs can take online courses part-time and find a routine that fits in with their schedule.

Many online developer networks are thriving during the pandemic, and aspiring coders can boost their skills by joining one.

“Participating in an online community can give you access to people with a wide range of experience to learn from and exposure to a real-world project performed in a remote-work setup,” Software implementation consultant Bharat Nain previously told Business Insider. “It’ll drive you to develop remote-collaboration skills, such as taking a project from idea to implementation and communicating technical topics via virtual collaboration tools such as Slack and GitHub.”

There are plenty of communities to choose from depending on your needs and personality. For starters, consider looking into Women Who Code, Hashnode, or SitePoint Community.

Once you’ve learned to code, your job isn’t finished – you still need to show employers that you’re qualified.

Patel said that employers in tech are particularly interested in seeing that today’s job candidates are comfortable working and collaborating with other engineers online.

“A cover letter, in particular, is where candidates really have the ability to shine,” Patel said. “You can contextualize everything you’ve worked on, all of the code you’ve written, and all of the team collaboration that you’ve done. You can really craft your story effectively.”

If your cover letter impresses recruiters, you’ll probably be asked to sit for a technical interview. Technical interviews consist of a set of exam-style questions that give candidates the chance to demonstrate their ability to solve relevant problems, like debugging coding errors, in front of a panel of interviewers. They’re used in pretty much any major tech company you can think of, from Microsoft to Square to Google.

Technical interviews require you to demonstrate your knowledge of coding on the spot. For example, here’s a sample set of questions that a Java coder might be asked. They can often be nerve-wracking, so it could help to rehearse solving and explaining problems under time constraints beforehand.

And don’t be afraid to request special accommodations. If you have a disability, for example, disclose it to the recruiter ahead of time, and most companies will be happy to provide you with extra time to complete the interview.