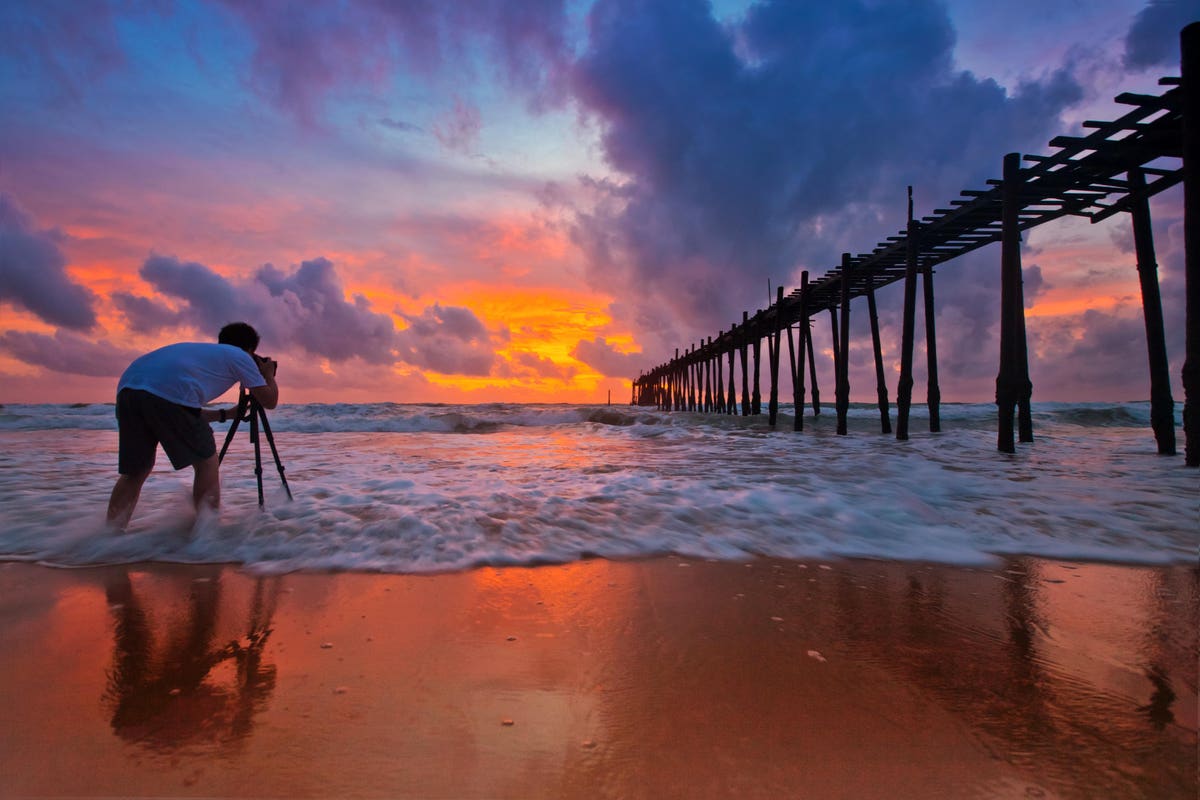 How Photography Entrepreneurs Can Protect Their Work From Image Theft

Digital technology has transformed the world of professional photography and enabled many people to turn a hobby into a successful business. But, while the internet has made it easy for photographers to showcase their images, it has also made it easy for people to steal them to post on their own websites or social media pages.

Chris Pearsall has been a freelance commercial photographer for 48 years, working mainly in corporate, PR, food, marine, and product photography. He has been the victim of image theft on more than one occasion, including an interior architectural shot of a theatre auditorium being used online by a national theatre listing company, and an exterior shot of Portsmouth Port terminal being used on the website of a large facilities company.

“In both cases, the images carried my contact details in the metadata, but no attempt was made to contact me for a license or permission to use,” he says.

London-based photographer Paul Clarke has spent the last ten years shooting almost anything people-related, from prisons to palaces, and has also had to resort to legal proceedings to pursue the theft of his work. One morning he woke up to five messages telling him that a national newspaper had run one of his photos in print and online.

He says: “The subject had been in a celebrity story, and they’d searched the internet for pictures. Mine was watermarked, but they just cut that off. My contact information was available; they ignored it.”

Clarke started infringement proceedings and eventually recovered damages, but says it is a constant problem for photographers, especially as an old photograph may suddenly become sought after as a story breaks. One of the biggest challenges, he says, is a lack of understanding about copyright.

“Myths abound: for example, if there’s no contact information visible, then the image isn’t under copyright,” he says. “A lot of people also believe they can use photos of themselves, freely. While this makes emotional sense – we think of our images as ‘ours’ – it has no legal basis.”

Julie Broadfoot has been a full-time professional photographer for 10 years, focusing mainly on portraits and personal branding for business owners, as well as small weddings and animal photography. Before the pandemic, she also shot live arts and corporate events and discovered that a well-known commercial organization had used one of her photos as the lead promotional image on their website.

“It was there for months before I found out,” she says. “After a few initial gentle emails back and forth, then more misuse by their web team, I invoiced them for breach of copyright. They quickly paid it, but in hindsight, it was worth a lot more money. I just panicked.”

While many photographers choose to pursue infringements themselves, in the U.K., either through the Small Claims Court or Intellectual Property Enterprise Court (IPEC), there has been a rapid growth in the number of agencies set up purely to chase copyright infringement on behalf of photographers. Pearsall puts all of his claims in the hands of his copyright agent in Germany, LAPIXA.

He says: “I upload batches of images to them and they run online image searches to find potential matches. They handle everything on my behalf and take a 40% cut of the final settlement fee. I don’t get as much return as if I’d done the footwork myself, but it leaves me free to concentrate on running my business.”

Before going down the legal route, there are a number of practical steps freelancers can take to minimize the risk of copyright infringement or use by third parties.

No image leaves Pearsall’s desktop without full Copyright information and contact details in the image metadata fields. “Sadly, this is often stripped when images are uploaded to third-party websites and I’m not aware of any way of preventing that,” he says.

Adding a watermark or other alteration to the html code, for example tiling and layering, renders the picture unusable. Some websites will allow ‘right-clicks’ to be disabled so that images can’t be downloaded, but this doesn’t work on every operating system.

“I’m still waiting for a coding genius to develop a file that can be embedded in an image to automatically degrade or destroy it once the official license period has ended,” adds Pearsall. “Now there’s a challenge for someone!”

If you are granting limited rights in your photographic work, for example, for a competition or marketing event, ensure you have reviewed the relevant intellectual property clauses and have adequate protection on the purpose of use, length of use, and location.

Anna Caruso, associate at law firm Lewis Silkin, says: “If you believe your copyright has been breached, the first step is usually to make informal contact and notify the third party of your rights as the infringement may not have been intentional. If the third party is uncooperative other steps should be considered, including a take-down notice, if the infringement is online, or sending out a cease and desist letter, assuming there is a legal basis for claiming infringement.

“While some differences in copyright enforcement and protection do exist, for example around copyright exceptions where the U.S. adopts the open concept of ‘fair use’ versus the exhaustive list approach in the EU, the approach in the EU and U.S. is broadly the same, as both are based on the Berne Convention.”

However according to Clarke, it is a case of picking your battles. Some cases he has pursued directly, but in more complex cases he has appointed an agent.

He says: “If the claim is reasonable, it will generally be settled before proceeding to court, but you need to show evidence of the value that your images normally command, and that your claim is proportionate to any income you might have lost due to the infringement.

He also acknowledges that it is an ongoing challenge. “As photographers we naturally want to share, and market, our images, and that will always involve some risk,” he adds.“If something looks good on your site, it will look just as good on somebody else’s.”