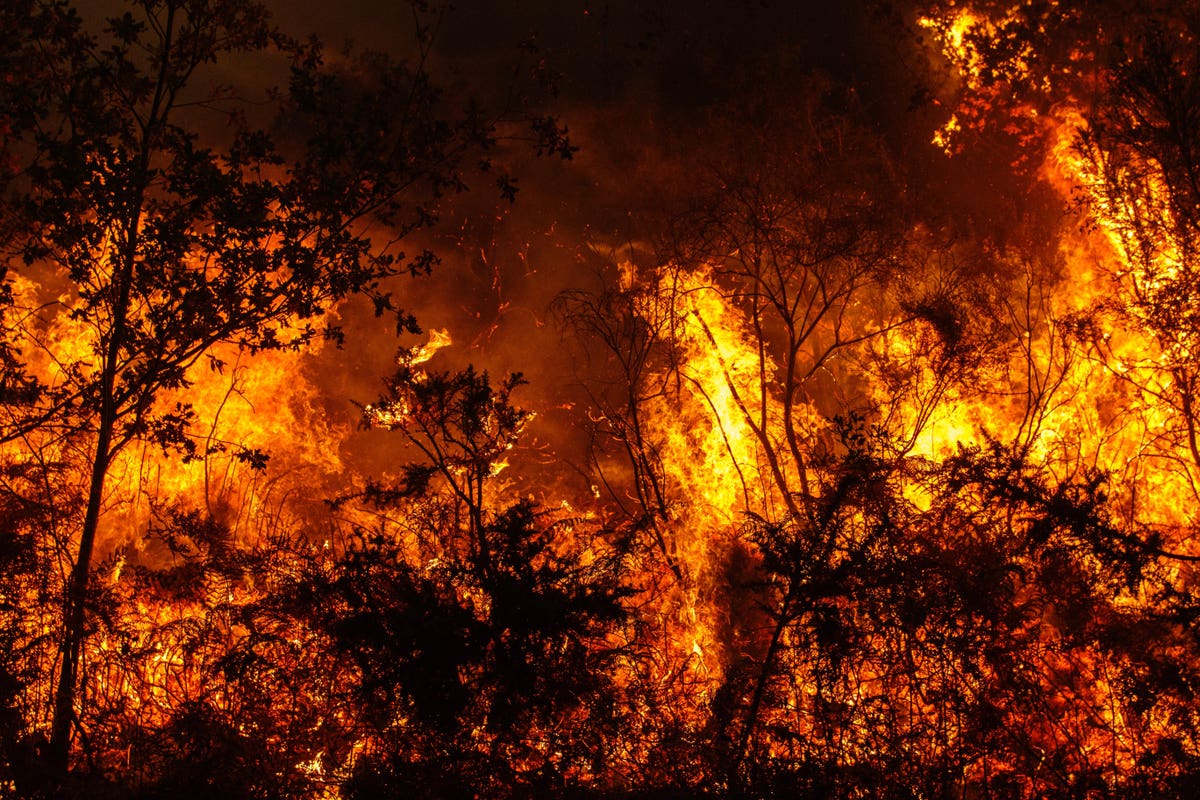 How Firefighters Are Effectively Utilizing UAVs To Combat Wildfires

Tim Sheehy is the CEO and Founder of Ascent Vision Technologies (AVT) and Bridger Aerospace.

Somewhere around the world firefighters are gearing up to tackle a wildfire. To manage the rapid, unpredictable and destructive spread, firefighters are opting for sophisticated resources and innovative technology.

An example of the magnitude of wildfires is the Camp Fire, which broke out in Northern California in November 2018. This wildfire marked one of the United States’ deadliest wildfires on record. It engulfed 153,336 acres of land, destroyed 18,804 buildings and caused 85 fatalities. More recently, Australia was hit by a series of destructive bushfires that burned approximately 42 million acres of land. A total of 33 citizens died, including nine firefighters who risked their lives to tackle the blaze.

The scale and intensity of wildfires continue to amplify, threatening humans, wildlife, vital infrastructure and natural resources at unprecedented levels. Response and suppression methods continue to evolve. For example, we have seen significant advances in aerial firefighting platforms, including the use of unmanned aerial vehicles (UAVs).

Recently, the U.S. Congress and the administration announced changes to The Wildfire Management Technology Act, authorizing firefighting departments to use UAVs in their operations. The bill acknowledges that UAVs are essential in providing information to agencies while improving the safety of firefighters.

Even before the bill, UAVs have been used to help control wildfires. It wasn’t until 2018, however, when the U.S. Department of the Interior awarded the first “call when needed” contract for small unmanned aerial systems (sUAS) operation services, that the technology became more widely used for wildfire operations.

The greater use of UAVs is occurring at a critical time. We have already witnessed 39,829 wildfires this season, and UAVs have played a key role in helping firefighters combat them. Adding more complexity to the mix is the advent of Covid-19. Firefighters need to perform their duties while minimizing the spread of the virus. UAVs, and the innovative hardware and software that are in incorporated into the platforms, provide an effective operational asset, while relieving the strain on the ground and for aerial crews.

UAVs come in a variety of configurations, sizes and capabilities. For incident management purposes, there are four classifications. Each class specifies the maximum allowable altitude and endurance time of the platform. Type 1 drones offer the longest flight endurance and typically have the ability to remain airborne for 14 hours or more on a single tank of gas or battery charge. Off-the-shelf UAV models have sometimes been used by agencies due to their affordability. Designed for hobbyists, these drones have an endurance of up to 30 minutes and are equipped with cinematic-style camera cores. Most consumer drones are categorized as Type 3 and 4 and offer minimal endurance. They must also fly well below and away from incident aircraft, limiting their effectiveness.

For the 2020 fire season, Type 1 UAVs have seen wider use, and given their longer flight endurance, they play a key role in providing real-time information over large surface areas. Firefighters use them over extreme terrain because they can fly at much lower altitudes where visibility is limited. This is particularly important for operation at night. These UAVs are a tactical asset to supplement manned aircraft and provide critical information for real-time decision making.

Some Type 1, fixed-wing UAVs have vertical take-off and landing (VTOL) capabilities with the distinct ability to take off and land from any location, at any time, negating the need for a runway. This facilitates rapid deployment and speeds up the response time for firefighters. With the ability to operate above all other incident aircraft, up to 8,000 feet above ground level (AGL), UAVs can deliver accurate surveillance and intelligence on fire burn, hot spots and heat sources.

These UAVs are also equipped with electro-optical (daylight) and thermal sensors, most notably long-wave infrared (LWIR), that provide real-time intelligence to a remote ground control unit. LWIR sensors cover wavelengths of 8,000 to 14,000 nanometers and visually display radiant heat. This information is necessary for identifying heat sources that are impossible to detect by the human eye. The sensors show geopositioning information so firefighters can rapidly identify the location of a hot spot, object or area at risk and respond effectively.

Fire mapping technology integrated into UAVs is also used to accurately map a burn area in real time. Large surface areas can be mapped in a single flight to generate accurate outlines of a wildfire. This data informs the effort of the suppression aircraft.

Firefighters are also able to gather intelligence at night using UAVs. The LWIR core onboard the UAV acts as night-vision goggles and provides vital data on fire burn and spread. This information is crucial to prompt the suppression efforts, providing the aircrew with the knowledge required to effectively suppress and control the fire at daybreak. The data gathered helps identify the safest and most effective locations for air tanker forces to drop water and fire retardant to control the spread.

Firefighters are actively monitoring management action points to aid important decisions, such as the need to evacuate an area. The data is simultaneously communicated to the ground crew, helping them determine the safest and most efficient methods to attack and respond to the fire.

UAVs that are monitoring the fire can serve as a radio repeater to increase the coverage area, improving communication over the horizon in hilly terrain. Firefighters equipped with location trackers can be tracked using the sensors onboard. Their locations can be displayed on the map, which improves the safety of the team. In addition to surveillance and monitoring and mapping the incident area, UAVs are used to assist with disaster assessments and even search and rescue operations. The information can also be useful for training purposes for future operations.

As wildfires continue to threaten the lives of civilians, firefighters and wildlife around the world, firefighting agencies are employing new tech solutions to control and suppress them. The recent evolution of tactical UAVs as part of these efforts gives agencies and operators more capabilities than ever before.

Forbes Technology Council is an invitation-only community for world-class CIOs, CTOs and technology executives. Do I qualify?