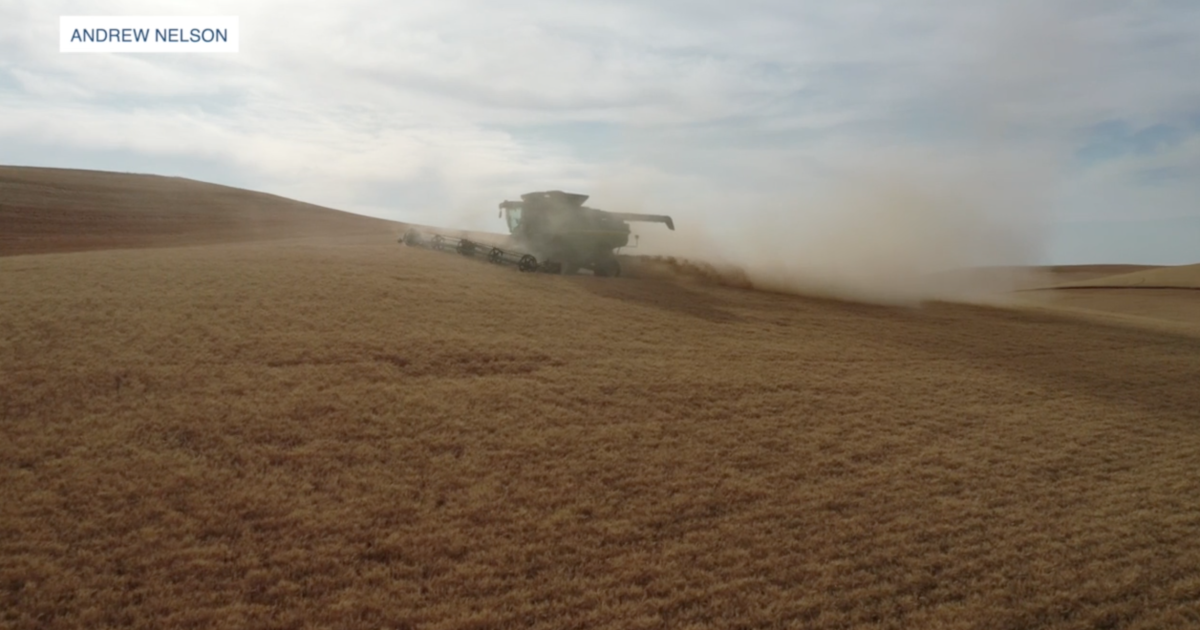 Farmers using technology to inspire the next generation

Farmers are realizing the next generation needs to know how to use the latest and greatest tech tools.

Andrew Nelson is a fifth-generation farmer in Eastern Washington who utilizes such as drones on his farm.

“Me and my wife and two children live here on the farm in the exact same spot that my parents and grandparents lived,” Nelson said.

“We had a few little homesteads that my grandparents set up for their children all within the same small area,” Nelson added.

Even when he went off to college, he knew he’d one day come back. He then merged his love of technology with his love of family and farming.

“I love to build things, (which) is my biggest draw to farming and software engineering,” Nelson said. “That’s why I wanted to combine the two to build digital and Ag. stuff together.”

So now, he has two day jobs. He farms 8,500 acres of wheat, beans, peas and lentils. And, he’s a software engineer. He is also a father, which also keeps him occupied.

When asked if he’ll be teaching his kids about farming and if he’d like them to have agriculture careers, he said, “If they want to. I don’t want to force them but living out here and having the exposure — yesterday my son was on the combine with me for four hours so it’s likely they’ll want to.”

Passing knowledge on to the next generation is another passion of his.

“I like having the students in our high school be able to see the various opportunities in agriculture,” Nelson said. “If they’re thinking they’ll go to school for software engineering, that doesn’t mean you can’t be in agriculture as well.”

The students, he says, like his drone technology. Nelson works with FarmBeats, a program within Microsoft that helps farmers use technology to drive their business. Drones give him a lot of data, and can even spray his crops. He even has sensors in his fields and grain storage.

Megan Wilson, an agricultural education teacher and FFA advisor at a local high school, admits some of the tech that Nelson uses is out of this world.

“I even get a little confused by some of the stuff Andrew does, so that is very complicated stuff but you know it used to be that we would plop a farmer in a tractor but now we have so many more options even from a driving aspect,” Wilson said.

But she says the students who work with Nelson are intrigued.

“They have been doing it since they are knee high and used to doing it the old fashioned way. When they see a computer, they’re mind blown; they don’t believe that’s how you can move into farming and we are moving in that direction,” Wilson said.

She says FFA isn’t what it once was and it’s not just about farming.

They work with students in the agriculture world to incorporate science, technology, public speaking and interview skills. Wilson says they’d be doing them a disservice if they didn’t teach all of that. Nelson says it’s a win-win situation.

“It’s great to get their perspective because they think about problems in different ways than we do,” Nelson said. “hat’s why I like to show them what we’re working on and what the new possibilities are because you never know what student is going to ask that question that causes a big change.”