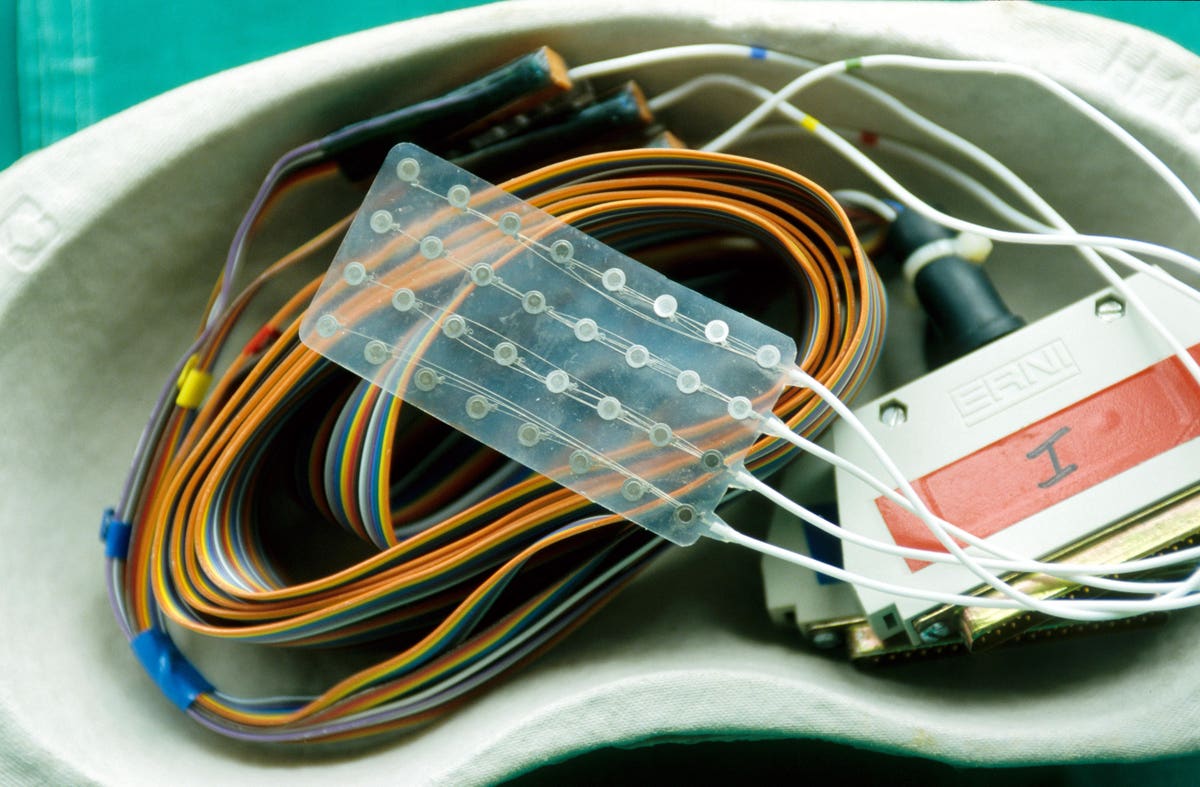 A new type of brain implant allows a paralyzed person to learn how to control a computer cursor with their mind.

This kind of technology could be revolutionary for people with very limited mobility as it could open up computer-based communication and give them more freedom in every day life.

So-called ‘brain-computer interfaces’ have been developed for this purpose before, but a key problem with them was that the user had to retrain on a daily basis, making progress difficult.

Brain-computer interface implants work by a user thinking about moving the cursor on a screen in different directions by imagining they are moving their arm and neck in a specific way.  Electrical impulses picked up by the brain implant allow the cursor to move. A computer algorithm then ‘learns’ how the brain signals correlate to the cursor movements and adjusts them giving the implant user control.

Under the old system, which used an array of sharp electrodes that are inserted into the brain tissue, this process had to be repeated every day, which meant limited progress for participants.

“This is akin to relearning how to move your arm every day,” explained Karunesh Ganguly, an associate professor in neurology at the University of California San Francisco, who led the current research.

Previous implants have had “technical issues related to having small wires in the brain that are not stable over time,” he added.

To try and solve this problem, Ganguly and his team developed a new type of implant. “Our current study uses an alternate approach that uses bigger discs that are placed on the brain surface, but do not penetrate it. With this novel technology, we show incredibly stable monitoring of brain activity aver months.”

The type of brain implant used by Ganguly and colleagues has already been approved for the use of seizure monitoring in epilepsy patients, so is a known device in terms of safety and implantation technique.

The implant was tested in one volunteer, but the team plan to recruit up to six individuals to test the pilot technology. Initially the researchers reset the algorithm each day, as with previous studies, but they realized that if they did not reset it the user’s performance continued to improve over time. At first, they took a bit of time to pick up the process, but after a few days the implant user achieved control quickly each time.

“We found that we could further improve learning by making sure that the algorithm wasn’t updating faster than the brain could follow — a rate of about once every 10 seconds,” said Ganguly.

The team also found that after several weeks of using the implant, resetting the algorithm was not as problematic as it had been before. The participant remembered how to use the interface. “The brain just rapidly convergences back to the same solution,” explained Ganguly.

After using the interface for a long period of time, the researchers were able to turn off the algorithm’s update feature. The user did not need retraining and their performance of the set tasks stayed at the same level over 44 days.

“Our approach allows paralyzed patients to do what able-bodied individuals do naturally – learn a skill once and then remember it for long periods of time,” said Ganguly.

This sustained performance meant that the users could start to learn additional skills using the interface such as clicking a virtual button in addition to moving a cursor, something that will be needed if this technology is to be put to the best use in the future.

“We’ve always been mindful of the need to design technology that doesn’t end up in a drawer…, but which will actually improve the day-to-day lives of paralyzed patients,” Ganguly said.

“Our next steps are to move towards more real-world control of a typing interface and a robotic arm.”