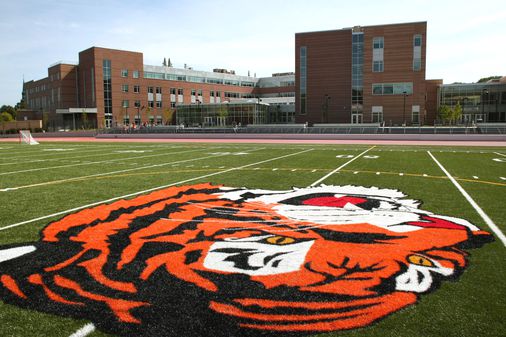 Plans to start school during the pandemic have divided many Newton parents and teachers, who are split over efforts to launch a staggered start for hybrid teaching for elementary school children, but not immediately for students at the middle and high schools.

In an interview Wednesday afternoon, Fleishman said there were some problems that did occur with the remote start: A circuit tripped at one elementary school, and there was a network issue at the Brown Middle School that affected part of the building.

Steven Rattendi, the schools’ director of information technology and library services, said in an e-mail that most of the issues accessing online systems Wednesday seemed to revolve around how users connect with them.

“In my mind, it is about educating users on what buttons to click and what sign-ins to use,” Rattendi wrote.

Earlier in the day, the district’s information technology department sent out an e-mail to families to help guide them with the login process and navigate online platforms set up for the remote classes.

“We are a district of 10,000+ students and hundreds of faculty,” the e-mail said. “Given this is the first day of a new year with many remote learners, there are also many requests for support. We are addressing questions and requests for support as quickly as we can.”

Overall, the district’s technology held up, Fleishman said, and officials were focused throughout the day on assisting community members with logging into services like Google and Zoom in order to participate in the city’s virtual classrooms.

“I think every day will be smoother,” Fleishman said, crediting teaching staff and the district’s information technology department. “My expectation is that this will improve every day.”

While most students started the year remotely (some high needs students received in-person instruction Wednesday), next week is expected to mark the start of Newton’s hybrid program for elementary students enrolled in 15 schools, he said.

Students enrolled in kindergarten to grade 2 hybrid classes begin in-person classes on Monday, Sept. 21, and students in grades 3 to 5 will start in-person instruction the following week.

Middle schoolers and high schoolers will continue on with remote classes, though district officials hope to implement hybrid classes in the middle schools starting in November if they can hire three dozen substitutes to help oversee classes, he said.

At the North and South high schools, the remote program has sparked tense debate. Some parents and students concerned about the remote program have protested outside both school buildings and City Hall, and have called on city leaders to find a way to resume in-person classes.

Last month, School Committee members approved a hybrid program for the North and South high schools, but that was replaced with a distance learning effort due to issues like limits on classroom space and staffing concerns. Officials have also worried that remote learning high school students would not have the same access to teachers as those who attend class inside buildings.

During a joint meeting Monday between the School Committee and City Councilors, several councilors pressed school leadership to find a way to hold in-person teaching for the city’s high schoolers.

Mayor Ruthanne Fuller said on Monday the school system does not currently face a financial constraint on resuming classes. Several councilors, including Councilor Christopher Markiewicz of Ward 4, said the city would provide support for measures to help reopen school buildings if needed, such as expanded testing.

“I think most of us would support whatever it takes, because getting kids back in classrooms is obviously a great benefit for us,” Markiewicz said.

Marc Laredo, an at-large councilor from Ward 7, said during Monday’s meeting he is disappointed that the high schoolers “are working remotely for what is termed the ‘foreseeable future.’”

“I know you’ve heard from lots of parents… I can assure you, this is what the parents are talking about, and obviously, they are very unhappy,” Laredo said.

Fleishman, speaking in Wednesday’s interview, said a high school hybrid program would mean making several changes to the schedule, and mean cut learning time in half due to logistics of implementing it. He said the district would work with students and families as part of a process over what to do with the high school program, including conducting a survey.

“We want to make sure we engage with people, and have those conversations,” Fleishman said, “and be clear what that [hybrid program] looks like.”

John Hilliard can be reached at john.hilliard@globe.com.