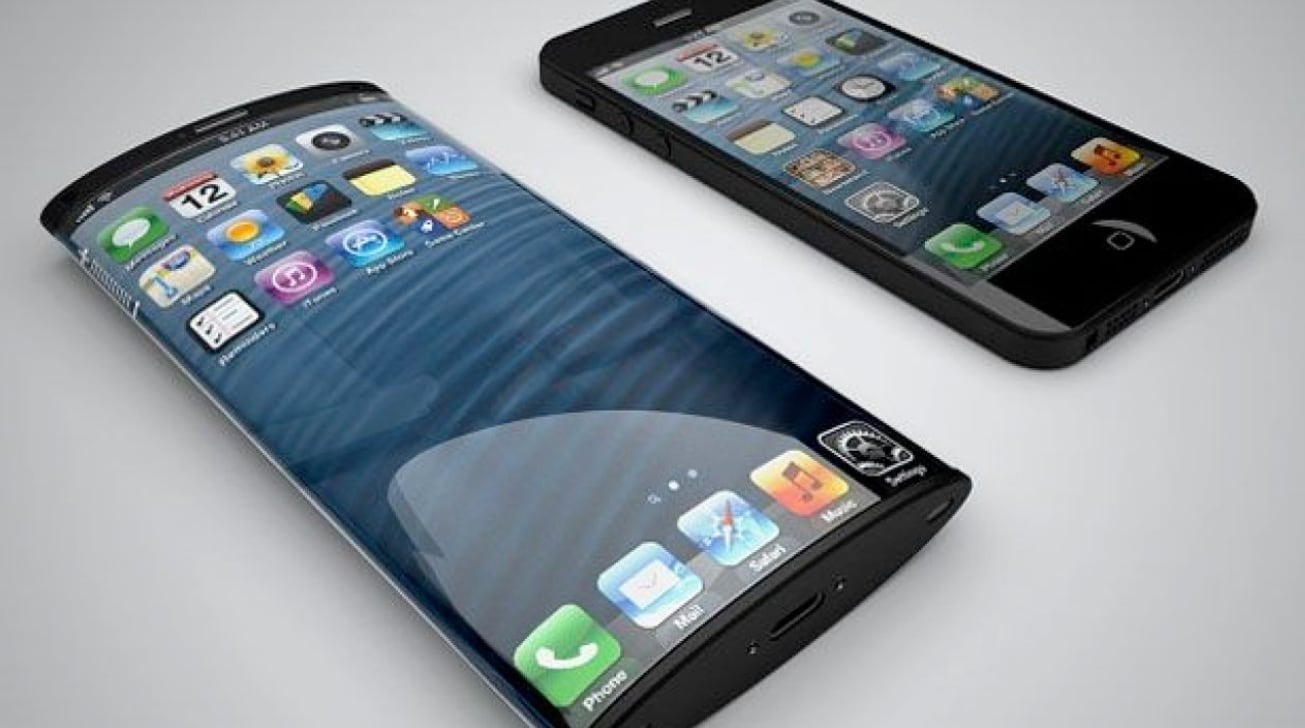 Apple’s future iPhone may have a wrap-around display, while also sporting an all-glass — and perhaps port-less — enclosure for a smooth exterior appearance.

Apple’s design choices for the iPhone have always been widely debated by observers, with choices to implement specific styles and features often copied by competitors, such as the infamous notch. If Apple implements ideas offered in a pair of patents granted by the US Patent and Trademark Office on Tuesday, a future iPhone could end up being completely covered with seamless glass with zero penetrations for wired ports, and could even have a wrap-around display.

In the first of the two patents, simply titled “Glass enclosure,” Apple suggests how a handheld computing device could use glass for its casing. While images and discussions depict the old-fashioned click-wheel iPod, the filing also suggests it could be applied to practically any handheld device, like a smartphone.

Apple argues that a design challenge for device producers is that there is usually a need for case structures to involve multiple layers in a sandwich, attached by some sort of fastening mechanism like screws that makes assembly time consuming and cumbersome. There is also the suggestion that it there is a need to make a more aesthetically pleasing enclosure, yet durable.

The glass tube could have sections cut out before electronics are added.

Apple’s solution entails creating an enclosure out of glass, but unlike iPhones with glass backs and side seams, the intention this time is to create one that doesn’t rely on a multi-part enclosure. Instead, Apple wants to produce an enclosure that is one component, a potentially seamless casing.

The glass could be extruded in a tube, allowing for devices with round edges and a tubular body to be made. Depending on the implementation, the glass could have extra glass pieces placed at the top and the bottom of the tube, fully surrounding the electronics inside.

As the glass is extruded, this can allow for different body shapes to be created, including devices with curved edges that aren’t flat. While there would be a seam at these cap joints, adhered by a laser bonding system, the main body of the glass would not have a seam going around it.

As it would be both the protection and the external casing, the glass could have varying properties, such as being transparent, translucent, and opaque in different areas. This would save from having to make an opaque section to hide elements from view within the casing.

The manufacturing process flowchart for the glass indicates Apple wants to create the hollow tube, then to cut sections out of the tube to enable specific features to function, such as speaker holes. The edges of the glass would be treated to create chamfered or radius edges, with the surface polished, texturized, protected with extra coatings, before the caps are placed and sealed.

As a bonus, proper material selection would allow for an iPhone enclosure that is totally transparent to radio emissions. This could theoretically increase Wi-Fi and wireless performance, or allow for smaller antennae in the unit.

Furthermore, an all-glass iPhone with no ports would have greater water resistance.

The filing was made on August 12, 2019, with its inventors listed as Christopher Prest and Emery A. Sanford.

The second patent, “Electronic device with wrapped display,” seems like a good match for the “Glass enclosure” patent at face value. Rather than creating a flat display that lies on top of the rest of the electronics of a mobile device, the filing instead suggests the screen could have a similar wrap-around property, where it surrounds electronics encased inside it.

The screen could take the form of a hollow display cover structure, which could be a cylinder or tube, much like the extruded glass above. The structure could be produced from sapphire or other crystalline or transparent materials, and could also use end caps to hold internal electronics.

The screen itself would consist of a flexible display layer, which could be an OLED panel or other technology, which lines the inside of the casing.

A flexible display could be slipped into an extruded glass tube body.

As it is, again, an extruded glass tube, the wrap-around display doesn’t have to take the same shape as a standard smartphone. An “oval, triangular, or rectangular cross-sectional shape” or “other hollow shapes” are touted.

With the usual selection of internal smartphone components inside, the overall unit could elect to render the main area of content on a designated place on the body, such as a large flat area, with content potentially able to surround and wrap around the body. As a tube, it could also be used for a scrolling motion by rotating the body around, with the device changing the main content area to wherever it thinks the user’s looking, and hiding the area where content changes around the back of the device.

The filing lists its inventors as Scott A. Myers, Derek Wright, and Fletcher R. Rothkopf, and was filed on December 29, 2017.

Apple files numerous patent applications on a weekly basis, but while the existence of the filings indicate areas of interest for Apple’s research and development teams, they don’t guarantee the concepts will appear in a future product or service.

The idea of a non-flat screen has been looked at by Apple quite a few times, and has surfaced in earlier patent filings.

For example, flexible displays have appeared in filings for foldable smartphones, typically involving a specific bend point and how to protect the fragile screen glass from cracking under strain.

It has also looked at wrap-around displays, which would take advantage of flexible display panels in a similar way to foldable devices. One filing from November 2019 mentions how a screen could wrap around the internal electronics.

Another from August 2020 went down the route of tubular devices with the wrap-around display, but added the suggestion the round shape could help make for a seemingly thinner device with a larger display area, as well as potentially being more accommodating to components of varying size.