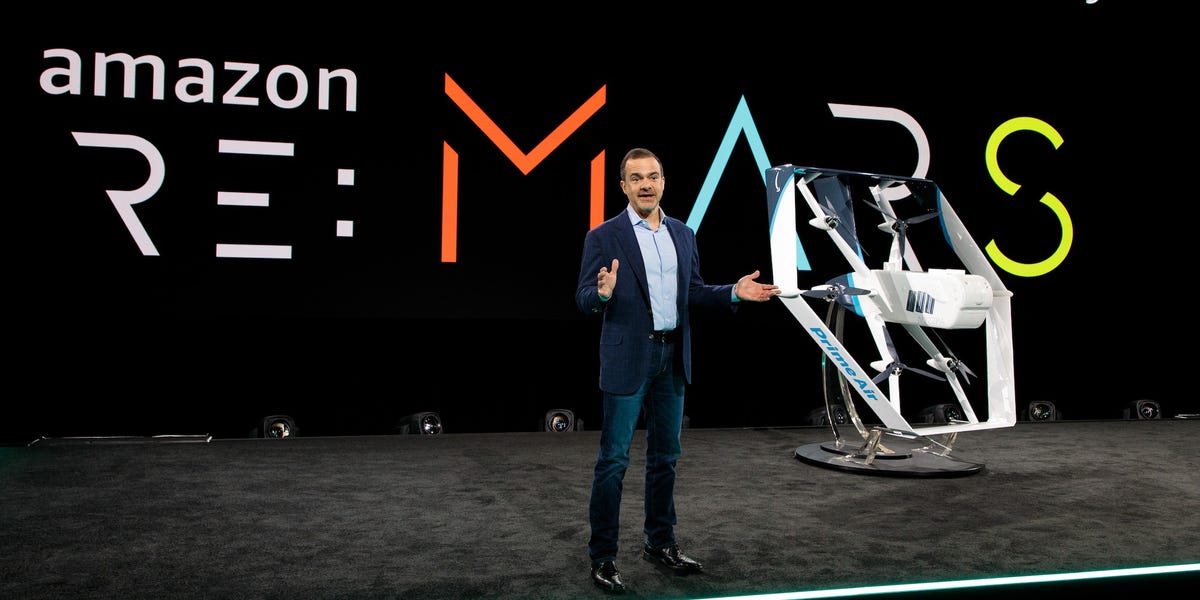 Amazon is planning for its first drone “customer test delivery” to take place soon, following Saturday’s federal approval for the company to begin commercial unmanned flights — a validation that required Amazon to demonstrate more than 500 safety and efficiency processes.

But even as Prime Air Vice President David Carbon congratulated his staff for reaching a “massive milestone,” he acknowledged in an internal email on Monday that it will be some time before fleets of Amazon’s much-promoted drones are regularly dropping off packages on doorsteps across America.

Carbon applauded the “total team effort” in obtaining the Part 135 Air Carrier Certification from the US Federal Aviation Administration, calling it a feat that didn’t happen overnight, and giving credit to a long list of teams spanning product development, safety, and legal, among others.

“Our latest accomplishment is a big one,” Carbon wrote in the email, obtained by Business Insider. “Every person at Prime Air contributes to our success and I couldn’t be prouder of this organization.”

Saturday’s approval follows years of efforts by Amazon to prove the safety and viability of its drone delivery service to federal regulators.

CEO Jeff Bezos first showcased the idea for its drone delivery service in a 2013 TV interview, but the Prime Air team has struggled with internal conflict, lack of focus, and a series of leadership changes in recent years, delaying the overall approval process, as Business Insider previously reported. Meanwhile, rivals such as Alphabet’s Wing and UPS have made progress on their own drone delivery efforts.

“We expect to soon receive Part 135 approval from the FAA and, shortly thereafter, complete a customer test delivery,” Rosenblum wrote in the email, seen by Business Insider. It’s not clear where Amazon plans to begin its tests with customers.

According to an internal timeline, as previously reported by Business Insider, Amazon had planned to test its first commercial drone delivery on August 31. While it’s unclear whether that  plan is still valid, Amazon’s approval process has faced some unexpected delays due to the coronavirus pandemic, according to people familiar with the matter.

Amazon also received an exemption to fly its latest drone models without an airworthiness certificate — a special FAA permit for operating commercial flights — according to FAA filings submitted last week. In one of the filings, the FAA wrote that Amazon demonstrated nine flights over two days in July to successfully demonstrate their functionality.

In his email on Monday, Carbon wrote that Amazon was required to submit “detailed evidence” of Prime Air’s safety to regulators, including an extensive set of manuals and protocols for testing. He also said Amazon has developed “over 500 safety and efficiency processes” for the approval.

As for next steps, Carbon wrote that the team is still focused on testing its drones to “learn more,” but said Monday’s approval is a significant progress for the team’s effort.

“It will take time and more hard work before our operations are ready to scale, but our Part 135 certification takes us an important step closer to the reality of regularly delivering packages to customers’ backyards,” Carbon wrote.